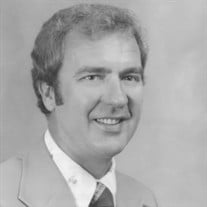 Willie Brooks Prothro, 78, of Ocala, Florida, passed away peacefully, March 5th, due to complications from a stroke. He fought courageously and when he passed way, his wife of 14 years, Carol Lopez Prothro, was by his side as she had been during his entire 45-day hospitalization. Brooks was born in Sulligent, Alabama, on November 25, 1939. He was the only child of W.C. and Louise Prothro. Brooks had a full and colorful childhood growing up in Mississippi, hunting and fishing, traveling the country roads with his friends and helping his parents in their country store. He attended Greenwood Springs High School where he played basketball, was voted Best Dressed and was Vice President of his senior class. After high school, Brooks volunteered to join the United States National Guard and then served in the United States Army Reserves. He attended Itawamba Community College and transferred to Mississippi State University from where he graduated in 1961. In 1959, he married his high school sweetheart, Elois Coleman. They were married for 13 years and maintained a genuine friendship throughout his entire life. After college, Brooks worked for several companies until he joined General Electric. He remained at GE for 30 years, where he had a very successful career in power distribution sales. His career took him from Jackson, MS to Dallas, TX, and eventually to Ft. Lauderdale and West Palm Beach, FL. He worked on a variety of key projects, hospitals and landmarks such as Joe Robbie Stadium and the Atlantis Resort in the Bahamas. He retired at the age of 59. In retirement as throughout his life, he never strayed too far from his Mississippi roots and made frequent trips back to Greenwood Springs even after both of his parents had passed away. In MS he eventually built a small cabin on the family property where he enjoyed spending time feeding the catfish, clearing the land and caring for his garden. He especially enjoyed spending time on the back porch of his cabin, grilling and relaxing with his many friends in the serene peacefulness of the countryside. During his life, Brooks was an avid tennis player and played tennis weekly well into his 60s. He also loved the ocean and fishing. He owned various boats during his life time and could be found most weekends in the Atlantic Ocean, deep sea fishing for marlin, grouper and dolphin fish. In addition to being an avid sports fan, he was also an avid reader. He especially enjoyed Civil War and World War II history as well as attending museums and visiting historical landmarks. He was a fan of westerns, traditional country music and in his retirement he became an active day trader. When he wasn’t riding his Segway around his FL neighborhood, he could be occasionally found placing bets, at the local dog track. In 2003, Brooks married Carol Lopez and was welcomed into her immediate and extended south Florida family. Brooks and Carol divided their time between homes in Florida and Mississippi. They eventually settled in the retirement community of Stone Creek in Ocala, Florida where they enjoyed numerous activities and attended many family gatherings and celebrations. Brooks was the father to Tami Jacobson and Bruce Prothro, both of Austin, TX. He was father-in-law to Ronda Flanagan Prothro. He was a loving grandfather to Janelle Jacobson and Jacob and Lauren Prothro. Brooks especially enjoyed family dinners and spirited discussions, usually at Bruce and Ronda’s house, when he came to visit. He was proud of all of his children and grandchildren and in the people they had become. He was always just a phone call away to listen, dispense advice or to impart his fun loving wisdom and sense of humor into their lives. He remained an active force in all of their lives up until his death. Brooks, in addition to being a step-father, was also a friend and a mentor to Michael Lopez, Stefanie and Shawn Wright and Kim and Joe Wilson. He was proud to also be an active Grandparent to Carol’s five grandchildren, Layla and Jack Wilson, Kaylie, Samantha and Mia Wright. He enjoyed riding the grandchildren around in his golf cart whenever they came to visit. Brooks’ greatest gift was his ability to make friends easily, to tell stories and share laughter. His kindness, generosity, colorful stories and great sense of humor will be missed but will always be remembered by those that knew and loved him. A celebration of his life and his internment is planned for Saturday, June 9th at 11:15 am at Haughton Memorial Park in Amory, MS. Visitation will be from 10:30 am until the service on Saturday.

Willie Brooks Prothro, 78, of Ocala, Florida, passed away peacefully, March 5th, due to complications from a stroke. He fought courageously and when he passed way, his wife of 14 years, Carol Lopez Prothro, was by his side as she had been during... View Obituary & Service Information

The family of Willie Brooks Prothro created this Life Tributes page to make it easy to share your memories.

Send flowers to the Prothro family.