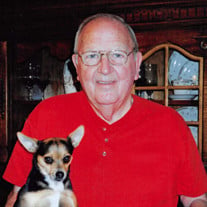 Amory – William Hayes “Bill” Shepherd, 86, passed away on Wednesday, July 19, 2017, at his residence. Born on August 7, 1930, in Pickens County, AL, he was a son of the late Oscar Earl and Nannie Maudine Langdon Shepherd. After graduating high school, Bill served honorably in the United States Army from 1954-1956. He met his soul-mate, Ailese, and they married on April 19, 1957 in Tuscaloosa. Thereafter, Bill began his occupation as a department manager at Kmart in Birmingham, where he worked for 29 years. Bill also was a Mason for 66 years, which made him the oldest member in Gordo, AL. He was a member of Pleasant Hill in Alabama and also attended Trinity Baptist Church. Bill was a kind and loving man who loved Alabama football and being outdoors. He was very laid back and loved to garden, particularly growing beautiful sunflowers. He could make anyone laugh, and he was loved by all who met him. Bill enjoyed family reunions and holidays, especially Thanksgiving. His favorite pastimes were trips to Gulf Shores in the summer and celebrating the 4th of July. He also loved to lead his family in prayer and guide them through life. In his free time, Bill made peanut butter fudge, sweet potato pies, and pecan pies. He especially liked to cook with his family. On a nice afternoon, he could be found sitting and swinging on his porch and spending time with his grandkids. Bill was loving and Godly man who never met a stranger and made everyone smile. He will be dearly missed, but he will remain in the hearts of his loved ones. He is survived by his wife of 60 years, Ailese D. Shepherd, Amory; son, Jeff Shepherd, Amory; daughter-in-law, Jennifer Shepherd, Jacksonville, FL; grandchildren, Myles Shepherd, Georgia; Kayla M. Shepherd and Alissa Dawn Shepherd, Amory; several nieces and nephews. In addition to his parents, he was preceded in death by a son, Jimmy Shepherd; siblings, Lorene S. Hitt, Elva Mae Shepherd, Oscar Earl Shepherd, Francis Raiford Shepherd, Voncile S. Watkins, john Rufus Shepherd, Lifford Langdon Shepherd and Jo S. Latham. His Memorial Service will be at 2 PM, Monday, July 24 at E. E. Pickle Funeral Home, Amory, with Bro. Chuck Weaver officiating. Visitation will be from 12 – 1:45 PM, Monday at the funeral home. Memorials may be given to St. Jude, 501 St. Jude Pl., Memphis, TN 38105 or a charity of choice. Memories and condolences may be shared with his family at EEPickleFuneralHome.com.

The family of William Hayes 'Bill' Shepherd created this Life Tributes page to make it easy to share your memories.

Send flowers to the Shepherd family.