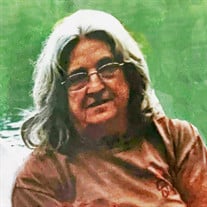 Greenwood Springs – Vernice “Jody” Taylor, 74, passed away on September 23, 2021 at North Mississippi Medical Center, Amory, MS. She was born on February 12, 1947, in the Bethlehem Community to the late Albert Harris and Ethel West Harris. Jody attended school at Smithville, MS and went to work at a young age. She was employed initially as a Seamstress at Amory Garment. Later, she worked as a Gluer at ER Carpenter in Verona where she retired after many years of service. She was a feisty woman who was a go getter. Jody loved her family dearly and she was blessed with three sons as well as many grandchildren and great-grandchildren. She loved God and was of the Baptist faith. Jody’s family meant the world to her, she liked to joke with them and making memories with them. In her free time, she liked to listen to country music like Conway Twitty and Percy Sage. Jody loved to cook for her family, especially her grandchildren and great grandchildren. Some of her close friends were Lois Ann Mann, Betty King, and Sandra Cavinder. Although she is no longer in our presence, the memories and happy times shared with her will live on in the hearts of those that knew and loved her. She will be missed dearly. She is survived by her sons, Billy Gene Taylor, Bethlehem Community, Kevin D. Taylor, Memphis, TN, and Kenneth Taylor (Linda), Aberdeen; seven grandchildren; four great-grandchildren; sister, Laverne Cleveland, Kenosha, WI; brother, Ellis Ray Harris (Mary Alice), Bethlehem Community; a host of nieces and nephews. She was preceded in death by her parents. A Private family service will be held at a later date. Memories and condolences may be shared with her family at [email protected]

The family of Vernice "Jody" Taylor created this Life Tributes page to make it easy to share your memories.

Send flowers to the Taylor family.