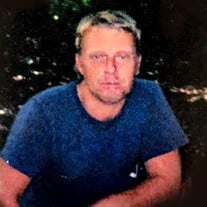 Aberdeen — Tommy Joe Prestage, 59, passed away on January 19, 2020 at North Mississippi Medical Center, Tupelo. Born in Aberdeen, on September 20, 1960, he was a son of Martha Prestage and the late L. C. Prestage. Tommy grew up attending Aberdeen and Okolona schools. He was a hardworking man and a Jack of All Trades. He was a skilled roofer, mechanic, and could tear down and rebuild motors. There wasn’t many things he could not fix and his family was blessed because of his skills. He loved God, loved his family fiercy, and was a great provider. He and his family were close, loyal to each other, and his children feel blessed to have had such a great father. Many times he showed his love for others through generosity and helping those in need. He was strong willed, a little hard headed, funny, and outgoing. He loved the outdoors, enjoyed the hunt for rare arrowheads, and most of all, in his free time, he loved fishing. A man with a taste for speed, he loved to drag race in his younger days and while he worked on race cars, his children learned alot by watching him. He would often gather with family and friends and cook for them. He liked to watch Western Shows and and scary moves with his children. He loved old Rock N Roll music and Old Country music. Tommy set great examples for his family and friends through his work ethic and care for others. He will be dearly missed by his loved ones. His legacy will live on in their lives as they cherish the memories made with him through the years. Tommy is survived by his sons, James Prestage (Penny), Aberdeen, Bobby Prestage (Brianna), Gattman; daughters, Jessica Webb (Ben), Mooreville, Leigh Ann Stanford (Jordan), Amory; mother, Martha Prestage; 14 grandchildren plus one on the way; sisters, Sondra Hulsey (Ricky), Greenwood Springs, Barbara Hudson, Pontotoc, Wanda Nash, Hatley; brothers, Larry Prestage, Athens, Louis Prestage, Aberdeen; several nieces and nephews; special friend, Jane Phillips, Aberdeen. In addition to his father, he was preceded in death by his brothers, Billy Prestage, David Prestage; sister, Carol Yager. A Gathering for Family and Friends at his graveside in Keys Cemetery will be held at 1:45 pm on Wednesday, January 22, 2020. Pallbearers will be Lewis Prestage, Larry Prestage, Bobby Prestage, and James Prestage. Visitation for family and friends will be held at the funeral home on Wednesday, January 22, 2020, from 11:00 am until 1:00 pm at E. E. Pickle Funeral Home, Amory, MS. Memories and condolences may be shared with the family at eepicklefuneralhome.com

Aberdeen &#8212; Tommy Joe Prestage, 59, passed away on January 19, 2020 at North Mississippi Medical Center, Tupelo. Born in Aberdeen, on September 20, 1960, he was a son of Martha Prestage and the late L. C. Prestage. Tommy grew up attending... View Obituary & Service Information

The family of Tommy Joe Prestage created this Life Tributes page to make it easy to share your memories.

Send flowers to the Prestage family.