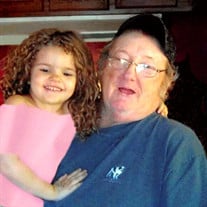 Nettleton – Thomas Mitchell Terry, Sr., 62, passed away on Monday, October 4, 2020 at North Mississippi Medical Center, Tupelo, MS. Born on February 23, 1958, in Milford, Delaware, he was a son of Mary Ann Russ Terry and the late Leonard Terry. Thomas grew up in Delaware and graduated with the Milford High School Class of 1976. He was a hard worker and was a press operator. After 23 years, he retired from Chickasaw Container Company. He married the love of his life, Melissa Terry on May 19, 1990. Together they were blessed with a large family. He cherished his family and time spent with them. Thomas especially loved being around and helping raise his grandchildren. He had the ability to make anyone laugh and he was a jokester who loved to prank scare folks. He liked Rock n Roll music, playing backyard football and grilling out on beautiful evenings. Some of his closest friends were Pete Gillard, Ricky Hester, Brandon Mack, and Michael Smith. After retiring, he liked to watch football and Nascar on television. The memories he made with others will live on in the hearts of his family and friends. Thomas is survived by his wife, Melissa Terry, Nettleton; daughters, Contessa Hester (Ricky), Nettleton, Tammy Terry, Seattle, WA, and Little Coplin, Nettleton; sons, Tommy Terry, Jr. (Lindsey), Hurley, Chris Terry, Seattle, WA, and Jeff Coplin (Kayla), Troy, MS; a host of grandchildren; special grandchildren, Landon Coplin, Jordan Coplin, Justin Hester, Jasmin Coplin, and Tiffany Hester; brother, Donald Terry (Sandy), Brookhave; sisters, Rita Pearson (Ed), Hatley, Debbie Harmon, Amory; host of nieces and nephews. In addition to his father, he is preceded in death by 2 grandchildren and a brother-in-law, Howard Harmon. A Graveside Funeral Service will be held on Thursday, October 8, 2020, at Hatley Cemetery with Bro. Robert Earl Fowlkes officiating. Visitation for family and friends will be on Thursday, October 8, 2020, from 11:30 am until 1:00 pm at E. E. Pickle Funeral Home in Amory. Memories and condolences may be shared with his family at eepicklefuneralhome.com.

The family of Thomas Mitchell Terry created this Life Tributes page to make it easy to share your memories.