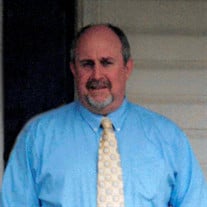 Tommy Roberts Smithville – Thomas Michael Roberts, Sr., 68, passed away on January 2, 2021, at South Central Medical Center, Laurel, Mississippi. Born on June 17, 1952, in San Diego, California, he was the son of the late Thomas M. and Carolyn Faye Haney Roberts. Tommy moved to Mississippi at a young age and graduated with the Amory High School class of 1971. He attended Ole Miss and graduated from Mississippi State in 1978. He had applied to Law School and was accepted yet he declined furthering his education so he could provide for his family. He had an incredible work ethic and began working with the Youth Court in Monroe County as a Counselor where he worked alongside EC Carpenter. He then worked at the Mississippi Unemployment Office and finally finished his career at Tecumseh where he was the North American Director of Human Resources. Throughout his many years of employment, the entrepreneurial side of him always kept him busy. He was blessed by God with three children and he was a very family orientated. He met Sandi Thompson on a blind date which was orchestrated by his sister Beverly and Donna Riley. They were later married on April 19, 1983. Together they enjoyed 37 years of marriage with many wonderful memories being made along the way. Tommy loved the Lord and had a strong faith. He grew up attending Amory First Freewill Baptist Church and attended Vibrant Church in Columbus, where his son is a member of the Pastoral Staff. His family, kids, grandkids, and great grandkids meant the world to him. As his children were growing up, he attended their games and was always a very supportive father. Tommy was always available when you needed him, he could be a little stubborn, and most of all he had a gift of being able to talk and connect with anyone. Tommy was blessed with many friends throughout the years. He gave back to the community serving on the Amory Cristian Academy School Board. Tommy loved his church families and in the past he served as President of the First Free Will Baptist Church’s Men’s Club. In his free time, he was a jack of all trades. He received a Black Belt in Tansu and Tangsoodo and received a perfect score on his written knowledge of this martial art. He knew all things about guns and was a collector of knives. He was the first Rescue Scuba Divers to live in Amory and he often liked to go diving with his son Tommy and Jimmy Callahan. Gifted, he was a talented woodworker, who made walking sticks by hand that became works of art. In his down time, he liked to listen to the Eagles, Praise and Worship Music, and 70’s music. He liked to hit the road, in search of treasured junk or to just get out a see the scenery. As he believed the past was an important part of the future, he loved History and cherished reliving memories with others. A man who impacted many lives, Tommy’s legacy will live on for generations to come. His friendship and presence will be dearly missed as there will never be another Tommy. His is survived by his wife, Sandi Thompson Roberts, Amory; daughter, Tiffany L. Roberts Ashcraft (Charlie), Amory; sons, Thomas “Tommy” M. Roberts (Shannon), Amory, Thompson “Trey” C. Roberts (Kayla), Columbus; grandchildren, Brittany Miller Cummings (Casey), Hunter Ashcraft (Desiree), Mallory Ashcraft Carpenter (Dallas), Kaden Roberts, Jude Roberts, Jentzen Roberts, Brody Roberts, Sadie Claire Roberts, Mazie Raye Roberts; great grandchildren, Cash Cummings, Alexa Jordan, Averie Ashcraft; sisters, Beverly Riley (Roger); several nieces and nephews. He was preceded in death by his parents, Thomas M. and Carolyn Faye Haney Roberts. A graveside funeral service will be held on Wednesday, January 6, 2020 at 1:00 pm at Haughton Memorial Park, Amory, MS with Pastor Jason Delgado, Bro. Jacob Rutledge officiating. Burial will follow with the pallbearers being Ken Roberts, Jeff Chambers, Spencer Harris, Jared Weir, Scott Riley, Ryan Fikes, and Casey Cummings. Honorary pallbearers will be Ken Lawrence, Jimmy Morgan, Sid Farrar, Charles Lee Smith, Earl Rogers, Joe Kulovitz, Allen Jones Ronny Phillips, Jeff Wright, Bruce Schoolar, and the Tecumseh Employees. Visitation will be from 5:00 pm until 8:00 pm, Tuesday night, at E. E. Pickle Funeral Home in Amory. Due to Covid restrictions, social distancing and mask mandates will be followed to protect the family and friends. Donations in lieu flowers may be made to Amory Food Pantry, Amory, MS and First Free Will Baptist Church, Bakersfield, CA. Memories and condolences may be shared with his family at EEPickleFuneralHome.com

The family of Thomas Michael Roberts created this Life Tributes page to make it easy to share your memories.

Send flowers to the Roberts family.