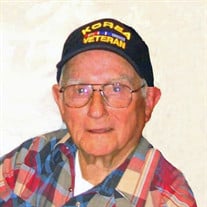 Smithville – Theron Eledge Poole, 82, passed away on Saturday, June 24, 2017, at his residence. Born on August 5, 1934, in Glenwood, Georgia, he was a son of the late Eledge and Mary Emma Poole. Theron left school early and enlisted in the United States Army in 1952. He served during the Korean Conflict, where he was awarded two Bronze Stars of Valor as well as a Presidential Unit Citation for extraordinary armed combat against the enemy. Theron was named a military war hero and he hand-fought against the enemy. He returned home in 1955 and joined the Army Reserve immediately, where he served until he was honorably discharged in 1959. While working two jobs, he attended night school to obtain his GED so he could further his education and take college courses. He met the love of his life in school, Kate, and they were married for 61 years. They raised a beautiful family and he instilled his own set of values in them: “always serve the Lord first,” “stay in school,” and to his boys in particular, “stay away from those girls.” During his career, he worked first and foremost for God. He loved to preach and minister to the lost. He also worked in the textile industry and armed security. In his free time, he listened to blue grass gospel music and kept up his yard when he was able to. He liked for his yard to be perfect and was very happy in his picture-perfect home. A God-fearing Pentecostal man, Theron preached the Gospel for over 60 years from the east coast to the west coast. He also taught Sunday school and served as a deacon. Serving the Lord and his family brought him the most enjoyment in life. Theron talked to the Lord all of the time and always enjoyed being with his family. He always put the Lord first in his life and instilled these values in his family. Survivors include his wife, Kate, Smithville; sons, Joey Poole (Sue), Amory, Randy Poole (Anna), Amory; grandchildren, Derek Poole (Toni), Eric Poole (Catherine), Cindy Poole, Aaron Poole, Joetta Poole, Michael Poole; great-grandchildren, Kristen Hamm, Keely Roberts, Hanna Poole, Chassity Poole, Chrystian Poole, Karmani Hamm, Alina Hamm; great-great granddaughter, Veronica Poole; several nieces and nephews; and numerous children he helped rear and mentor. In addition to his parents, he was preceded in death by sisters, Mary Emma, Martha Leann, Peggy Ann, Mary Estelle, Margaret Virginia, and Louise; brothers, William “Jack,” Johnny Lewis, Charles Kenneth, Bobby Lymmond, Richard Harris, Grady Emory, and Donnie Hugh. A Funeral Service will be held at 1 PM, Wednesday, June 28 at Smithville Baptist Church, with Pastor Wes White officiating. Burial will follow in Young Memorial Garden in Smithville. Pallbearers will be Eric Poole, Derek Poole, Randy Poole, Joey Poole, Michael Poole, Hayden Cooley, and Danny Morrison. Visitation will be from 5 - 8 PM, Tuesday at E.E. Pickle FH Amory. In lieu of flowers, memorials may be given to First Friends Respite Center at 303 1st Avenue, Amory, MS 38821. Memories and condolences may be shared with his family at EEPickleFuneralHome.com.

Smithville &#8211; Theron Eledge Poole, 82, passed away on Saturday, June 24, 2017, at his residence. Born on August 5, 1934, in Glenwood, Georgia, he was a son of the late Eledge and Mary Emma Poole. Theron left school early and enlisted... View Obituary & Service Information

The family of Theron E. Poole created this Life Tributes page to make it easy to share your memories.

Send flowers to the Poole family.