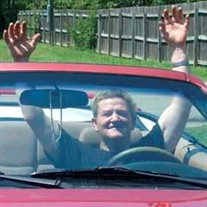 Smithville — Stevie Dee “Red” Morris, 67, passed away on Thursday, November 22, 2018 at NMMC. Born on January 20, 1951, in Sulligent, he was a son of Columbus Washington Morris and the late Annie Kathleen Reed Morris. Red attended school in Sulligent. Growing up in a very large family, he learned the value of hard work. He was a great mechanic and could fix anything. He worked for a while in Wisconsin, where he met his loving wife at church, Annie Estelle Goforth. They were later married on February 21, 1970 and were blessed with 3 children. In 1971, they moved to Mississippi to be closer to his parents. They lived in both Nettleton and then moved to Smithville in 1988. Red was a mechanic for Bob’s Repair Shop until he retired around the spring of 2016. After retirement, he went back to work at Max Home in Fulton in the shipping and receiving departments. He was Baptist and he attended Victory Baptist Church. He was a genuine man, a true friend, and great family man. He had a very creative mind and he enjoyed making all sorts of things. Friends say that he acted the same towards everyone no matter who he was around. He loved his family and really cherished being with his grandchildren. He was a big Alabama Football fan and his dog Sport was special to him. He liked Country, Elvis and Gospel music and he would often sing and play his guitar for family or friends. Red leaves behind a legacy of wonderful memories and wisdom which will be passed on for generations. Red is survived by his wife, Estelle; daughter, Angie Coxey, Smithville; sons, Steven Morris (Sherry), Smithville, Chad Morris (Salina), Amory; grandchildren, Andrea, Kim, Cody, Cameron, Hunter, Jennifer, Cali, Ashley, Justin, Micheal, Brian, Emily, Jasmine, Alina, Shaylee, Damien, and Maddox; great-grandchildren, Abbi, Blake, Madison, Brooklyn, and Alexis; sisters, Reta Phillips (David), Smithville, Rose Strawhorn (Harold), Hamilton, Joyce Finch, Fulton; brothers, Reggy Morris (Linda), Becker, Eddie Joe Morris (Tina), Fulton; several nieces and nephews; special friends, Paul Upton and Michael Davis. He was preceded in death by his mom, Kathleen “Kat” Morris; granddaughters, Lindsey and Kristen Morris; sister, Karen Morris; brothers, Kenneth, Randy, and Oralee Morris. A funeral service for Red will be held on Tuesday, November 27, 2018 at 2:00 PM at E. E. Pickle Funeral Home in Amory with Bro. Jamie Stark leading the service. Burial will follow in New Hope Cemetery. Pallbearers will be Tony Easter, Jonathan Morris, Paul Upton, Drew Cox, James McCaine, and Robert Weaver. Visitation for family and friends will be held on Tuesday, from 12:00 pm until 2:00 pm at the funeral home. Memories and condolences may be shared with the family at eepicklefuneralhome.com

The family of Stevie D. "Red" Morris created this Life Tributes page to make it easy to share your memories.

Send flowers to the Morris family.