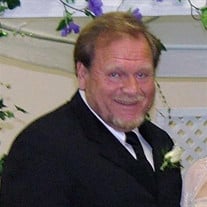 Pastor Samuel David Choate Nettleton – Pastor Samuel David Choate, 60, passed away on Friday, June 21, 2019 at his residence in Nettleton. Born on February 19, 1959, in Humboldt, TN, he was a son of the late William Albert and Mary Joyce Mc Call Choate. Growing up, Pastor Choate attended school in Humboldt and Trenton, TN. He left school early in order to work and help financially support his family. He then received a calling from the Lord to serve in ministry. He graduated from Missionary Training in North Carolina in 1993. He served in many places including 8 years in Missions in Africa where he established 8 Bible schools, an orphanage, a church and a school for 300 children. His last place of ministry was at the Lighthouse Fellowship Church in Nettleton where he served for 9 years. He married Londa Gay Cash on July 16, 1977, and he was blessed by God with a daughter whom he cherished. He was a great husband who loved his wife dearly, took care of her and he often would go on dates with her. God and his family were most important to him and he would always live everyday like it was his last day. He did all things for the purpose of God’s Kingdom and he was a very humble Pastor. He always saw the bright side of everything and he had a childlike faith. In his free time he loved making music and worshipping by singing, playing the guitar and playing the shofar. He liked to go fishing, work in the yard, and get together with others to sing gospel music. Pastor Choate always made himself available to others, he was respectful, and he shared his love with all he met. His family and friends know that he is in the presence of the Lord. The impact he left behind for God’s kingdom will effect generations to come. Samuel is survived by his wife, Caron Londa Gay Cash Choate, Nettleton; daughter, Sonja Jane Morin (Eustorjio, Jr.), Kenton, TN; grandchildren, Jacob, Joel, Jeremiah; brothers, Mark Choate (Rhonda), Trenton, TN, Paul Choate, Kenton, TN; and 22 nieces and nephews. In addition to his parents, he was preceded in death by his brother, John Choate; and an infant sister. A funeral service will be held at 11AM Wednesday, June 26, 2019 at E.E. Pickle Funeral Home in Amory. Visitation will be Tuesday, June 25, from 5-8PM at the funeral home. Services will continue at 2 PM Thursday, June 27, at Grace Fellowship Church in Humboldt, TN. Visitation, prior to the service, will be 11AM-1:45PM. Burial will follow in Walnut Grove Cemetery in Humboldt, TN. Memories and condolences may be shared with the family at eepicklefuneralhome.com.

The family of Pastor Samuel David Choate created this Life Tributes page to make it easy to share your memories.

Send flowers to the Choate family.