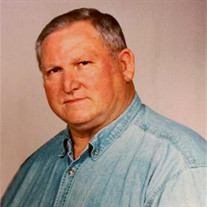 Wren—Samuel David Brown, 68, passed away at his residence surrounded by his family on September 18, 2017. Born on February 16, 1949 in Amory, MS, he was the son of the late Ira D. and Eunice Elise Malone Brown. Samuel attended Wren Elementary School, and went on to graduate from Amory High School with the class of 1967. In 1969, he joined the army and served until 1971. Samuel was awarded three bronze stars for his service. In addition to being a Veteran of the Vietnam Conflict, he also served in 3rd/11th Infantry division, 5th Army located at Fort Carson, Colorado. After being honorably discharged from the Army, Sam started his career in Georgia Gulf, where he became a maintenance supervisor until 2014. The most important things in life for Sam were his love for God and his family and friends. He was a faithful member of Grady’s Chapel Methodist Church. He was also passionate about Veterans, the VFW, and the NRA. Sam was a proud member of the JA Mayfield Lodge #165 in Amory and a proud member of the VFW Post 4490 in Aberdeen. A few of his closest friends include Danny Garner, Dave Roberts, and Steve Gill. Sam was also very fond of his coworkers and VFW friends. Sam strived to be a good provider for his family and friends and loved to help others. A generous and caring man, he would always help a friend in need. Sam left footprints in the hearts of everyone he met and will be fondly remembered in the years to come. Samuel is survived by his wife, Dianne Stafford Brown; daughter, Charlotte Nicolle Herring (Kenny), Wren; son, Samuel David Brown II (Ali), Wren; grandchildren, Jared Brown, Blake Brown, Cali Brown, Jake Herring (Katie), Tyler Herring (Haley); sisters, Jan Speck (Don), Blue Springs, Iris Pearson (Jack), Amory, Barbara Hutson (Bart), Wren; brothers, Randy Brown (Susan), Blue Springs, Ricky Brown (Chekeetta), Wren, and Roger Brown (Connie), Wren; great-grandchildren, Greyson Herring, Eva Caroline Herring; and a host of nieces and nephews. In addition to his parents, he was preceded in death by two brothers, Terry Stephen and Gary K. Brown; grandson, Alan Stacy Fontenot; and a great-granddaughter, Marley Jae Herring. Funeral Services for Samuel will be at 1:00 P.M., Thursday, September 21, 2017 at E.E. Pickle Funeral Home Chapel in Amory, MS, with Bro. Tommy Monts officiating. Burial will be in Masonic Cemetery, Amory. Pallbearers will include David Roberts, Chuck Little, Chad Hill, Jason Sullivan, Jimmy Harlow, and Lionel Stegall. Honorary pallbearers will be Danny Garner, Tim Hatcher, Tom Stafford, C.B. Peden, and Steve Gill. Visitation for Sam will be Wednesday evening, September 20, 2017, from 5-8P.M. at E.E. Pickle Funeral Home, Amory. In lieu of flowers, donations may be made to VFW Post 4490, 4490 VFW Post Dr., Aberdeen, MS 39730, and to the Wounded Warrior Project, 4899 Belfort Road, Suite 300, Jacksonville, FL 32256. Memories and condolences may be made at eepicklefuneralhome.com.

Wren&#8212;Samuel David Brown, 68, passed away at his residence surrounded by his family on September 18, 2017. Born on February 16, 1949 in Amory, MS, he was the son of the late Ira D. and Eunice Elise Malone Brown. Samuel attended Wren Elementary... View Obituary & Service Information

The family of Samuel David 'Sam' Brown created this Life Tributes page to make it easy to share your memories.

Wren—Samuel David Brown, 68, passed away at his residence surrounded...