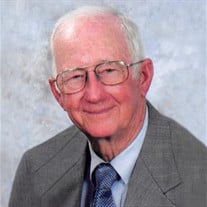 Amory – Rubel Adams, 84, passed away on Wednesday, October 18, 2017, at River Place Nursing Center. Born on December 30, 1932, in Quincy, MS, he was a son of the late Andrew W. and Mary Ruth Easter Adams. Rubel was a graduate of Becker High School and IJC. From 1953 – 1955, he honorably served his Country in the US Army Infantry during the Korean War. He served in the Army Reserves until 1961. On June 15, 1958, he married the love-of-his-life, Lurlene Dill. For 33 years, he worked in Quality Control for Babcock Wilcox, retiring in 1995. One who loved to work, Rubel was also self-employed as the owner/operator of Adams Trucking. A hardworking gentleman, he was devoted to God, family, Country, and friends. Rubel loved the Lord and was a member of Christian Chapel Church of Christ. Rubel was most proud the success of his son and he was passionate about his granddaughters. In his free time, he did things with his close friend, Charlie Holland, and visited with his coffee friends at Hardees. Rubel was a member of the American Legion and was a Mason of J. A. Mayfield Lodge #165, Amory. He enjoyed gardening, traveling with friends to the mountains, watching Fox News and listening to Country music. Rubel left behind a legacy of love and cherished memories and he will live on in the hearts of his family and friends. He is survived by his wife of 59 years, Lurlene Adams, Amory; grandchildren, Elizabeth and Catherine Adams, Saltillo; Kami Goza, whom he loved as a granddaughter; several nieces and nephews; special friends, John and Karen Cox; Heather Wilf (Lann) and John Issac Cox. In addition to his parents, he was preceded in death by his son, Timothy R. Adams; sister, Jerlene Adams; brother, Robert Adams. His Funeral Service will be held at 1 PM, Saturday, October 21 at E. E. Pickle Funeral Home with Mr. Jim McCreary and Mr. Leslie Grant officiating. Burial with Masonic Rites will follow in Haughton Memorial Park. Pallbearers will be Bill Powell, Larry Dabbs, Danny Nash, Tony Dill, Terry Dill, Lane Andrews, Ray Grubbs and Sam Carpenter. Honorary pallbearers will be Luke and Logan Robinson; Briggs Andrews; Noah, Will Alan, and Luke Thomas Chism. Visitation will be from 5 – 7 PM, Friday at the funeral home. Donations are requested to St. Jude, 501 St. Jude Pl, Memphis, TN 38105 or a charity of choice. Memories and condolences may be shared with his family at EEPIckleFuneralHome.com.

The family of Rubel Adams created this Life Tributes page to make it easy to share your memories.