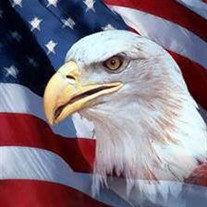 Ron R. Armstrong Smithville – Ron Armstrong, 73, passed away on Saturday, January 20, 2018, at his residence. He was born on October 7, 1943 in Texas, to Helen White Armstrong Snyder and Robert Armstrong. After graduating high school, Ron honorably served in the US Air Force in Vietnam for four years. Ron went to work as a Deputy in San Diego, California and he retired after serving for 20 years. Working his way back East, Ron lived in Las Vegas before moving to Smithville in the late 1970’s. Ron opened and operated Ron’s Bait and Tackle shop in Smithville until the tornado of April 2011 destroyed his location. Ron believed in God and he was Baptist. Ron was highly intelligent, kind-hearted and very patriotic. He was an avid reader who loved reading and studying his Bible. As a history buff, Ron also enjoyed researching and reading about US History. He liked meeting old actors and striking up conversations with them. The outdoors was his favorite place to be and he was a devoted Sportsman, who enjoyed hunting and fishing. Ron was one of the first initial providers of “Duck Dynasty” callers. He was also a member of the NRA. A music fan, he enjoyed listening to inspirational, orchestra, and Old Folk music. A well-known character in Smithville, Ron will be missed by his friends and neighbors, yet his memory will live on in their hearts. He is survived by his special friends, Gary Basom, Margo Morgan, and Johnny Sloan; as well as other friends in the community. At this time, there will not be a service. Memorials can be given to ASPCA, 424 East 92nd Street, New York, NY, 10128-6804 or Wounded Warrior Project, PO Box 758517, Topeka, KS, 66675-8517. Memories and condolences can be shared at EEPickleFuneralHome.com.

The family of Ronald "Ron" Robert Armstrong created this Life Tributes page to make it easy to share your memories.

Send flowers to the Armstrong family.