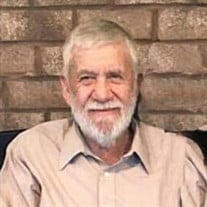 Roger Dale Harris Amory – Roger Dale Harris, 70, passed away on Christmas Day, 2020, at North Mississippi Medical Center, Amory, MS. Born on September 28, 1950, in Nettleton, MS, he was the son of the late Lynn and Katherine Hester Harris. Roger grew up in Monroe County and graduated from Nettleton High School. Roger married the love of his life, Margaret Ann Jackson on April 4, 1981 and they were blessed by God with three daughters and a son. A hard working man, he went to work early to help provide for his family. There are many roads and driveways in the surrounding area that Roger helped build through the years. He operated a Motor Grader and worked at Bonds Paving Company as well as Kines & Stone Construction Company. His family was blessed by his great work ethic as well as the role model he was for them. He was a God fearing man and of the Baptist faith. He lived out his faith through his actions and deeds for others. He loved his wife Margaret immensely, his children dearly, and his grandkids brought total joy to his life. Sometimes a jokester, Roger was a character, a true one of a kind. He always had everyone else’s happiness as his priority and Roger did all he could to make others smile. In his free time, he liked to listen to Country and to be outdoors, especially hunting and fishing. One of his closest hunting buddies, as well as former coworker, was Chris Harper and through the years they had some fun together. He was wonderful and he touched so many people’s lives. His family loved him dearly and they are grateful for all that he did for them through the years. His legacy of love will live on in their hearts forever. Roger will be missed dearly by all that knew and loved him. He is survived by his wife, Margaret, Amory; daughters, Michelle Harper, Amory, Rachel Harper, Amory, Megan Taylor (John), Amory; a son, Chris Harper, Amory; grandchildren, Chelsea Williamson, Preston Cato, Madison Williamson, Logan Harper, D. J. Williamson, and one new grandchild on the way. He was preceded in death by his parents, Lynn and Katherine Harris. A funeral service will be held on Monday, December 28, 2020 at 2:00 pm at E. E. Pickle Funeral Home, Amory, MS with Bro. Bubba Kennedy and Bro. Joey Goodwin officiating. Burial will follow in Haughton Memorial Park, Amory and the pallbearers will be Dutch Vaughn, Kevin Welch, John Jackson, Nick Jackson, and John Taylor. Visitation will be from 1:00 pm until the service hour at E. E. Pickle Funeral Home in Amory. The family asks that Covid recommendations are followed by attendees. Memories and condolences may be shared with his family at EEPickleFuneralHome.com

The family of Roger Dale Harris created this Life Tributes page to make it easy to share your memories.

Send flowers to the Harris family.