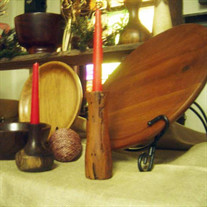 Greenwood Springs – Robert Sidney Sanders, 72, began his new life in Heaven on Thursday, December 30, 2021. He was born on August 2, 1949, in Amory, MS to the late Halley “Boots” Haywood Sanders and Nancy Martin Sanders. Robert grew up in Amory and graduated from Amory High School. He was a Patriot and served in the US Air Force for four years. After leaving the military, he then furthered his education at Mississippi State University where he obtained a Bachelor’s of Science Degree in Education. Robert worked as a High School teacher in Andalusia, Alabama where he taught Computer Science and Industrial Arts classes. A man who was always right, he would push his students towards excellence. He was member of the National Educators Association of Alabama. He believed in God and was a member of First Baptist Church in Amory. His family meant the world to him, with his nieces and nephews having a special place in his heart. He enjoyed watching football games with them and just catching up with others at family gatherings. In his free time, he liked to listen to Rock and Roll, to go hunting and fishing. Some of his closest friends were Jeremy Conway, Tommy Cole, David Brock, T.R. and “The Biddies” (a group of women who were close to his heart). He was extremely talented with his hands and was able to make all sorts of items out of wood. A master craftsman with great patience, he made furniture, bowls, coffee tables, and many other things out of wood. Robert also made some of the most intricate fly fishing jigs for himself and he also shared with his family and friends. His family and friends have comfort knowing that he is completely healed and at peace. They will miss him greatly yet will hold on to the great memories made through the years. Left behind to treasure his memories are his sisters, Ann Sanders, Amory, Cathy Stevenson (J.B.), Becker; his brother, Charles Sanders (Carlos Ann), Amory; a host of nieces and nephews. He was preceded in death by his parents. A Memorial will be held at a later date. Please keep his family in your prayers. Friends and family are encouraged to share memories at eepicklefuneralhome.com. In lieu of flowers, donations may be made in his memory to St. Jude’s Children’s Hospital, 501 St. Jude Place, Memphis, TN. Memories and condolences may be shared with his family at EEPickleFuneralHome.com

The family of Robert S. Sanders created this Life Tributes page to make it easy to share your memories.

Send flowers to the Sanders family.