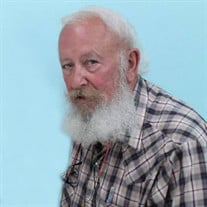 Amory— Robert R. “Bob” Richmond, Jr., 79, passed away on Thursday, March 21, 2019 in Amory. Born in Fairfax, VA on February 28, 1940, he was a son of Robert Raymond Sr. and Lora Maude Young Richmond. Bob grew up in the suburbs of the Virginia/DC area. He obtained his education in Fairfax, VA. He enjoyed visiting his Uncle Bill Young in Wyoming in the summers. Bob enlisted in the US Air Force and served the country for four years. He was stationed at the Tyndall Air Force Base, about 12 miles east of Panama City, Florida. He married his sweetheart, Marilyn, on June 14, 1964. He moved to Amory, MS in 1975. Throughout his career, Bob worked for North Central Alabama Mental Retardation Authority in Decatur, GA, Sara Lou Fashions in Sulligent, AL, and as a steelworker with Taper Press and Manufacturing. Bob was the youngest civilian to witness an atomic blast in Nevada’s Area 51. Bob was a faithful member of St. Andrews United Methodist Church in Amory, where he sang in the choir. Bob was reliable, and always did his best to provide for his wife. He certainly had the gift for gab and was very passionate about politics. A Yellow Dog Democrat, he got involved in politics in order to help his community. Bob always helped others in need, and through Lions Club he was able to help collect eye glasses for children and others in need. He was very much a giver. Bob was a member of the Lions Club, True Temper Union, and the Amory Masonic Lodge- JA Mayfield, where he served as a master mason. In his free time, he enjoyed reading and cooking meals. He loved being out in the country and was always piddling around his house, mowing grass, or riding his tractor. He loved going junking with his wife. Bob was known for his generous heart, and he loved his family. The precious memories of Bob will remain in the hearts of his loved ones forever. Bob is survived by his daughters, Robin Carroll, Amory, Rana Richmond, Amory; son, Trip Richmond, Amory; grandchildren, Destyne Pickens, Simon Carroll; great-grandchildren, Haven Pickens, Jaidyn Pickens; sisters, Judy Sacks, VA, Nancy Travis, Tall, FL; brother, Dennis Richmond (Sue), VA; and nieces and nephews, Kathy Richmond Summa, Brian Travis, Allen Sacks, and Felicia Grant. In addition to his parents, he was preceded in death by his wife, Marilyn Vonese Tackett Richmond. A memorial service will be held Monday evening, March 25, 2019, at 6:30PM with Rev. Brian Gordon officiating. Burial will be in Liberty Cemetery in Nettleton. Honorary pallbearers are Bob’s fraternity brothers of the JA Mayfield Amory Lodge #165. Visitation will be at the funeral home Monday, from 4:30PM-6:25PM. In lieu of flowers, donations and memorials may be made to St. Andrews Church, 1123 Legion Drive, Amory, MS 38821 Memories and condolences may be shared with his family at EEPickleFuneralHome.com

The family of Robert Raymond "Bob" Richmond Jr. created this Life Tributes page to make it easy to share your memories.

Send flowers to the Richmond family.