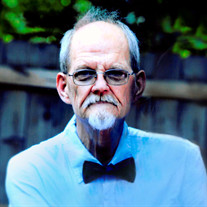 Amory–Robert Devor Campbell Jr., 63, passed away Monday, June 26, 2017, surrounded by his loved ones at his residence. Born on October 12, 1953, in Ackerman, he was the son of the late Robert “Bob” D. Campbell and Rochelle Finger Campbell. Devor met the love of his life, Debby (13), at age 15 while they were in school. They married on July 22, 1973. As a youth, Devor enjoyed playing his saxophone for his sweetheart Debby who would accompany him with a song on the piano. Devor graduated from Amory High School in 1974. After high school, he attended Itawamba Community College in a draftsman vocational program. During his career, he operated as a draftsman and craftsman at Davis Wood Products. He was very talented with his hands and was a perfectionist with his woodworking. Devor also drove a school bus for Amory schools for 13 years. Devor was well known for his generosity and wisdom, as well as his love for his family. A Godly man, Devor served as a deacon at Grace Fellowship Baptist Church, where he was a proud charter member. He always remained active in his church family and strived to serve his Lord in his daily life. In his free time, he enjoyed piddling around in the shed and backyard with DooDad, his dog, and his friends Jerry, Ronny, and Bo. Devor found joy in playing saxophone, woodworking, and listening to Southern gospel and big band music. The greatest joys that guided Devor’s life were his family and his relationship with God. He was very passionate about helping others and is known for being very a loving man to everyone he met. He was the best husband, father, brother, and papa, and has left a lasting legacy of love for his family to cherish. Survivors include his wife, Debby, Amory; daughter, Shelly Campbell (Jo), Memphis; son, Bob Campbell, Amory; grandchildren, Carsyn, Kensington, Duncan, and Aibilene Campbell; sisters, Kathy Campbell, Northport, AL, and Kerry Cruse (Terry), Oxford; nieces and nephews, Scott McNeese (Mandye), Brigett Haro (Fermin), Kara Hobson, Taylor Cruse, Mark McNeese (Bailey), and Marshall McNeese; special friends, Bo Ford, Kenny Barrett, Ronny Swan, and Jerry Forrester. He was preceded in death by his parents. His Funeral Service will be at 2 PM, Thursday, June 29, 2017, at E. E. Pickle Funeral Home, Amory, with Bro. Danny Burks officiating. Burial will be in Grace Fellowship Cemetery, Hatley. Pallbearers will be Bo Ford, Joe Cowart, Jerry Forrester, Ronny Swan, Kenny Barrett, Donny Myatt, Roger Riley, Craig Monagan, and Tommy Harmon. Honorary pallbearer will be Dr. Beeman. Visitation will be from 5-8PM on Wednesday, June 28, 2017, at E.E. Pickle Funeral Home. In lieu of flowers, donations may be made to the Harwood Center at 711 Jefferson Avenue, Memphis, TN 38105. Memories and condolences may be shared with his family at EEPickleFuneralHome.com.

The family of Robert "Devor" Campbell Jr. created this Life Tributes page to make it easy to share your memories.

Send flowers to the Campbell family.