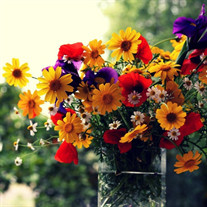 Rita F. Pearson Hatley – Rita F. Pearson, 66, passed away on January 25, 2021 at North Mississippi Medical Center in Tupelo. Born on February 25, 1954, in Milford, Delaware, she was a daughter to Mary Ann Rust Terry and the late Leonard Terry. Rita grew up in Delaware and gradated from High School there. She married the love of her life, Edward D. Pearson on October 14, 1971 and together they were blessed by God with three children and many grandchildren. She was a devoted wife, great mother, grandmother, and a wonderful home maker. Rita did help support her family as she went to work as a bus driver for the Amory School District for 28 years. She loved children and was very patriotic. She believed in God and she was Methodist. Rita put others before herself and her family meant the world to her. She and her husband Edward liked to travel and see parts of the country they hadn’t explored yet. Country music was her favorite to listen to while doing chores around the house. Over the years, she and her family members made many memories which will be treasured. Rita’s presence will be dearly missed by her family and friends. She had a big influence on many lives through the years as she shuttled so many children everyday. Her family and friends are at peace knowing she is no longer hurting or struggling and she is in the holy presence of the Lord. She is survived by her husband, Edward D. Pearson, Hatley; daughters, Ginnotte D. Murphy (James), Amory, Lorie M. Pearson, Fulton; son, Andre D. Pearson, (Debi); eleven grandchildren; seven great-grandchildren; sister, Debra L. Harmon, Amory; brother, Donald R. Terry (Sandy), Brookhaven, MS; a host of nieces and nephews. In addition to her father, Leonard Terry, she was preceded in death by her grandson, Dylan Scott Pickle; granddaughter, Serra Beth Pearson; brother, Thomas Mitchell Terry; brother-in-law, William H. Harmon. At this time, due to Covid concerns and restrictions, no public funeral services will be conducted. Please keep the Pearson family in your prayers. Memories and condolences may be shared with her family at EEPickleFuneralHome.com

The family of Rita Pearson created this Life Tributes page to make it easy to share your memories.

Send flowers to the Pearson family.