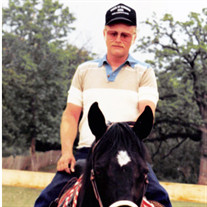 Richard K Miller Amory – Richard “Dick” K. Miller, 82, passed away on Wednesday, July 1, 2020, at his residence in Amory. Born on March 26, 1938, in Hamburg, Iowa, he was a son of the late Edwin and Dorothy Smalley Miller. Richard grew up in Iowa and Illinois. He graduated from the Zion-Benton Township Highschool in Zion, Illinois. He met the love of his life, Annette Rowan, in Zion and they were married on April 14, 1970. During their lifetime, they were blessed by God with two daughters. Richard was a Veteran who proudly served our country while serving in the US Army. A great provider and hard worker, Richard worked at many places throughout his life. While in Zion in his teen years, his first job was working for a grocery store. Later he worked for Johnson Boat Motor Manufacturing for 32 years. Richard and Annette owned a bar/restaurant for 25 years called the Doll House and at one point he owned and operated Clark/Miller Used Cars. Since 2006, he had been working at Diversicare Nursing Center in the Maintenance Field. Richard was a Jack of all trades. A man who loved God, Richard was an active member of Grady’s Chapel Methodist Church. He was a jokester who liked to play tricks on folks and make them smile. He loved his family, his dogs, and he was kind to anyone he met. In his free time, he liked to watch drag racing and Nascar, especially if Dale Earnhardt was racing. A man who liked the outdoors, his Harley and his horse gave him much enjoyment as he would often go for a ride. Richard liked to listen to oldies music and classic country like Hank Williams, Sr. While he was home, enjoyed working on his tractor, taking care of the grounds, and mowing the grass. His family and friends will miss him dearly. The memories they have made with him will be cherished forever. They are at peace knowing he is with his Lord and Savior. Richard is survived by his loving wife, Annette, Amory; daughters, Bobbie Johnson (Kevin), Fulton, Mandy Toole, Amory; grandchild, Lucian Johnson, Fulton; sister, Sharon Thorn, Zion, IL; and many friends. In addition to his parents, he was preceded in death by his brother, George Miller. A funeral service will be held on Sunday, July 5, 2020, at 2:00 pm, at E. E. Pickle Funeral Home, Amory, with Dr. Loyd Sweatt officiating. Visitation for family and friends will be from 1:00 pm until the service hour at the funeral home in Amory.

The family of Richard K. 'Dick' Miller created this Life Tributes page to make it easy to share your memories.