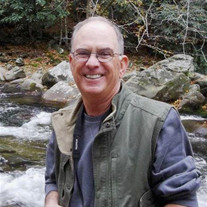 Amory—Richard Newman McShane, resident of Amory, died after his fight against pancreatic cancer on Friday, November 29, 2019, at the age of 73. Ricky was born in Jackson, Mississippi on October 10, 1946. He grew up in Aberdeen, Mississippi, where he graduated from high school in 1964. Afterward, he attended Itawamba Junior College, as he would say, “mainly to play baseball,” and in the summer of 1965 embarked on a journey in search of himself. During the years from 1965 to 1970, he spent time as a heavy equipment operator, a welder’s apprentice, a plumber, and he was drafted into the U.S. Army. Ricky graduated from the University of Mississippi in 1976 with a degree in education and went to work with the Amory School District in January of 1966, where he taught and coached for the next 25 years. While at Amory, he coached junior high football and basketball, and high school baseball, golf, and softball. Ricky retired from teaching in 2001 and went to work for a plumbing contractor for a brief time until he decided to “un-retire” in 2004 and go back to the school system as a Director of Operations for the Amory School District. He finally retired in December 2010. Ricky was a lifetime member of the Itawamba Community College Alumni Association; a lifetime member of the University of Mississippi Alumni Association; a lifetime member of the Friends of the Amory Regional Museum; a member of the American Legion; a member of St. John’s Episcopal Church; and a member of the Monroe County Dulcimers Group. Ricky is survived by his wife, Joyce Weaver McShane, of Amory; daughters, Laura McShane Schulenberg (Stefan), Oxford, MS, Melinda Christian (Chris); son, Adam Tucker; grandchildren, Ezra McShane Schulenberg, Katie Davis (Kyle), Chelsea Lockridge (Nick), Dylan and Ryan Christian; great-grandchildren, Addie Reese, Kenzie Brooke; brother, Bill McShane; sister-in-law, Nan McShane; brother-in-law, Frank Davis (Julia); and nephews, Rob McShane (Cindy), Paul McShane, Bill McShane, John McShane, Tim Davis (Michelle), and Tom Davis (Sarah). In addition to his parents, William Prince and Helen Parker McShane, he was preceded in death by his first wife, Kathy Davis McShane; and brother, Robert “Bob” McShane. A Celebration of Life Service will be held at 10AM on Monday, December 2, 2019 at E.E. Pickle Funeral Home in Amory with Rev. Sylvia Czarnetzky officiating. Honorary pallbearers are Joe Prowell, Frank Davis, Jim Sappington, Wally Greg, Steve Fowlkes, Bobby Jordan; and the members of the Monroe County Dulcimers. Visitation for Ricky will be Sunday night from 5-8PM at the funeral home. The family of Ricky McShane would like to extend a special thank you to the neighbors in Dogwood Cove for their love and support throughout Ricky’s illness. In lieu of flowers, donations and memorials may be made to St. Jude Children’s Research Hospital, 501 St. Jude Place, Memphis, TN 38105 Memories and condolences may be shared with his family at EEPickleFuneralHome.com.

Amory&#8212;Richard Newman McShane, resident of Amory, died after his fight against pancreatic cancer on Friday, November 29, 2019, at the age of 73. Ricky was born in Jackson, Mississippi on October 10, 1946. He grew up in Aberdeen, Mississippi,... View Obituary & Service Information

The family of Richard 'Ricky' McShane created this Life Tributes page to make it easy to share your memories.

Amory—Richard Newman McShane, resident of Amory, died after his...

Send flowers to the McShane family.