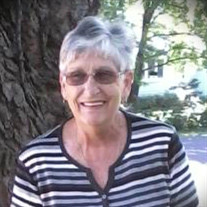 Turon Community – Patsy Ruth Williams Wylie,79, the “First Lady of Turon”, passed away on her birthday, Sunday, January 24, 2021, at North Mississippi Medical Center, Tupelo. She was born in Wren, MS, on January 24, 1942 to Homer and Betty Harlow Williams. She attended Wren, Becker and Amory Schools and New Bethel Methodist Church. She married Jackie Wylie on February 18, 1961 and she devoted the next 60 years of her life to him. In fact, her last words spoken prior to passing were instructions to family making sure he was taken care of by them. Patsy was employed 28 years with Monroe County Schools as a bus driver and she was known as the “lunchroom lady” as she was the cafeteria manager. Patsy loved grandbabies, cooking shows and puzzles. She was devoted to family and never allowed self-pity around her. She will be greatly missed yet her legacy will live on in the hearts of her family and friends. She is survived by her husband, Jack “Mayor” Wylie, Turon Community; son, Al Wylie (Myra) and daughter Rebecca “Becky” Wylie Bedford, all of Turon Community; grandchildren, Eric Wylie (Alicia), Tonganoxie, KS, Meagan Elise Yarbrough (John Harris), Smithville; great-grands, Georgia, Easton, Wylie Jane, Alex and Aubry; special niece, Belinda Best; healthcare provider and friend, Amelia Higginbotham. She was preceded in death by her parents, Homer and Betty Harlow Williams; siblings, Francis (infant), Richard Williams, Lois Thompson, Wally Williams, Eupal Danner, Bobbie Payne, and Robert Williams. A graveside Funeral Service will be held on Wednesday, January 27, 2021, at 11:00 am, at the Wylie Family Cemetery, Itawamba County, MS with Rev. Rick Williams and Rev. Dave Best officiating. Pallbearers will be her nephews. Memories and condolences may be shared with her family at EEPickleFuneralHome.com

The family of Patsy Wylie created this Life Tributes page to make it easy to share your memories.

Send flowers to the Wylie family.