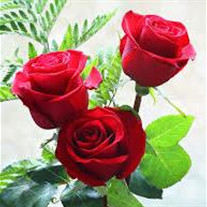 Patsy M. Owen Sanders, 88, died on Monday, May 27, 2019 at River Place Nursing Center. She was born on April 4, 1931 to Elmer and Georgia Page Owen in Amory, MS. In 1949, she married Grady R. Sanders, who preceded her in death in 1987. She lived in Winthrop Harbor, Illinois for 16 years and Baton Rouge, Louisiana for 17 years. She worked at John Manville in Waukegan, Illinois as a medical assistant. She also did volunteer work. She worked as a secretary for her husband’s business in Baton Rouge. She attended Amory Schools and graduated in 1949. Further schooling consisted of taking college courses at Waukegan, IL and Kenosha, Wisconsin. She also attended Louisiana State University in Baton Rouge, LA. She became a born again Christian in 1952 and attended the Full Gospel Church. She enjoyed extensive travel, both in the states and other countries. She helped many people, mostly down and outers as mission work. She had a ministry of Helps. In addition to her parents and husband, she was preceded in death by her sisters, Helen Owen Clarkson, Opal Owen Conwill, and Sylvia Owen Jeffreys; and a brother, Elmer Owen, Jr. A graveside service will be held at 3PM Wednesday, May 29, 2019 at Masonic Cemetery. There will be no visitation before the graveside service. Survivors include two nieces and one nephew; special friends, Fran Smeler, Beverly Hassett, the Cresap family, especially David & Sharon, and her Physician and close friend, Dr. Edmund Miller, Jr. of West Point. Please share with her family your memories and condolences at eepicklefuneralhome.com

The family of Pat M. Sanders created this Life Tributes page to make it easy to share your memories.

Send flowers to the Sanders family.