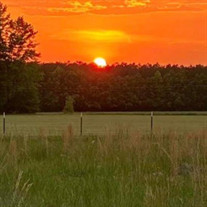 Nettleton - Medford Harrison Knowles Sr., 89, left his family and friends to be in Heaven with his savior Jesus on May 13, 2021. He was born on June 3, 1931. He was a witness for God, a ray of sunshine, and a hope for all. He will be missed by all who loved and knew him. He graduated from Nettleton High School in 1953, and served his country in the United States Army. He then attended Mississippi State University in Starkville, Mississippi and Itawamba Junior College (now Itawamba Community College) in Fulton, Mississippi. He was member of the Nettleton United Methodist Church, the Lee County Shrine Club, the Nettleton Masonic Lodge, the Nettleton Lions Club, the Tennessee Walking Horse Association, and the Spotted Horse Club of Amory, Mississippi. He worked most of his life at Futorian Manufacturing Company in Okolona, Mississippi and Cason Water in Nettleton, Mississippi. His love and compassion for others was reflected in his lifelong work and dedication to the Methodist Church, the Shriners, the Masons, and the Lions Club. He was a lifelong sportsman, enjoying hunting, fishing, and his beloved walking horses. His love of walking horses gained him the admiration and respect of his peers, culminating with his induction into the Mississippi Walking Horse Association’s Hall of Fame. He was preceded in death by his parents, John Benjamin and Lucille Kimble Knowles, an infant sister, Peggy Ann Knowles, two adult sisters, Johnnie Gibson and Day (Henry) House, and one brother, John Scottie Knowles. He is survived by one sister, Vera Sue Collier, one sister-in-law, Marylin Franks Knowles, on brother-in-law, James Gibson, and his brother, Jack Knowles. He married the love of his life, Dorothy Ann Evans Knowles on April 3, 1954 and they raised four children, Peggy Ann Knowles (King) Cain, Medford Harrison (Donna) Knowles Jr., John David (Bonnie) Knowles, and Penne Gayle Knowles Warren. He was lovingly known as “Pop” to his children, six grandchildren, Danny Lee (Crystal) King Jr., Robin Leanne King Hankins, Jake (Terah) Knowles, Jana Nicole Knowles, Tabitha Denise (Shawn) Knowles Oswalt, Samantha Carol (Mason) Knowles Jones, six great grandchildren, Sara Knowles, Jacob Jones, Katelyn Knowles, Gabe Hankins, Wade Hankins, and John Oswalt. Throughout his life he mentored, befriended, and guided many young people. He will be missed by in-laws, cousins, nieces, nephews, and a host of family members and a great many friends. A private service will be conducted on Friday, May 21, 2021, at 11:00 am for family members in the Knowles cemetery at his home in Nettleton. The service will be officiated by Brother Tommy Monts. Honorary pallbearers will be Jack Knowles, Brother Cecil Locke, Brother James Gibson, Doctor William Gary, Brother Ernest Lindsey, Odell Seymore, Jake Pettigo, Doctor Jamie Nelson, and Fraiser Eddie. Memorials or donations can be sent to the Nettleton United Methodist Church. Memories and condolences may be shared with his family at EEPickleFuneralHome.com.

Nettleton - Medford Harrison Knowles Sr., 89, left his family and friends to be in Heaven with his savior Jesus on May 13, 2021. He was born on June 3, 1931. He was a witness for God, a ray of sunshine, and a hope for all. He will be missed... View Obituary & Service Information

The family of Medford Knowles created this Life Tributes page to make it easy to share your memories.

Send flowers to the Knowles family.