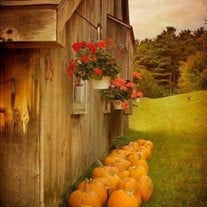 Lurlene Dill Adams, 84, passed away in her home on October 1, 2019. Born on January 1, 1935 in the Mt. Zion community, she was a daughter of Clesta Carol Little and Irb J. Dill. She grew up in the Mt. Zion Community in Monroe County with her seven siblings. Lurlene graduated from Smithville High School in the Class of 1953. She graduated from Itawamba Junior College in 1955 and received her bachelor’s degree in May 1959 from the University of Mississippi (Ole Miss). After teaching school for one year in Coahoma County, she returned to Monroe County and married Rubel Adams on June 15, 1958. Lurlene began her career with the Department of Human Services on June 27, 1966. She began at the bottom of the job and was appointed the Director on January 1, 1985. She retired from the Department of Human Services on April 30, 2000. She was a member of Christian Chapel Church of Christ. She devoted and donated her time to the Pilot Club, Meals on Wheels, Heritage Christian University, along with many other charities and organizations. She supported and hosted the Domino Club, providing community and a space of worship for many of her friends (with a friendly and competitive spirit). She remained interested in local politics and many relied on her sage voting advice. Lurlene brought joy to all that she met and will remain as a bright memory in our minds forever. She is survived by her granddaughters, Elizabeth and Catherine Adams, Saltillo; Kami Wilf, whom she loved as a granddaughter; brother, Ralph Dill (Rebecca); two sisters, Peggy Nash (Dillard) and Marilyn Gaines (Richard), several nieces and nephews; special friends, John and Karen Cox; Heather Wilf (Lann) and John Issac Cox; In addition to her parents, she was preceded in death by her son, Timothy R. Adams; husband, Rubel Adams; sister, Jean Stewart and brothers, Franz, Harold and Norris Dill. Her Funeral Service will be held at 1 PM, Friday, October 4 at E. E. Pickle Funeral Home, Amory, with Mr. Derrick Maranto and Mr. Jim McCreary officiating. Pallbearers will be Tony Dill, Terry Dill, Dan Nash, Sam Carpenter, Larry Dabbs and Lane Andrews. Visitation will be from 11A – 12:50P at the funeral home. In lieu of flowers, memorials may be sent to Christian Chapel Church of Christ, 60127 Vaughn Rd., Amory 38821, or St. Jude Children’s Hospital, 501 St. Jude Place, Memphis, TN 38105. Memories and condolences may be shared with her family at EEPickleFuneralHome.com.

Lurlene Dill Adams, 84, passed away in her home on October 1, 2019. Born on January 1, 1935 in the Mt. Zion community, she was a daughter of Clesta Carol Little and Irb J. Dill. She grew up in the Mt. Zion Community in Monroe County with... View Obituary & Service Information

The family of Lurlene Dill Adams created this Life Tributes page to make it easy to share your memories.