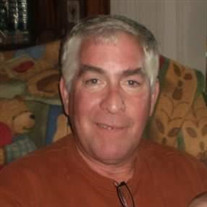 Leslie H. Anderson passed away on Wednesday, January 15, 2020. Leslie was born on February 5, 1957; two minutes after his identical twin brother. From that moment on, they were known as the “Anderson twins”. With their parents and sister, Kathy, they lived in Memphis, Tennessee, Frankfort, Germany, and Inverness. Leslie lived in Indianola for many years before finally settling in Holcomb, Mississippi where he has lived the last fifteen years. Leslie attended Inverness High School for six years, Central Delta Academy for two years, and graduated from Indianola Academy in 1975. He was an outstanding athlete in football, basketball, and summer baseball. Now, his college life was quite the experience! First, he attended Delta State University on a football scholarship, where he pledged Pi Kappa Alpha. Then he went on to MDJC. Next up was Ole Miss for a couple of weeks, and on to Mississippi State University for a couple of months. From MSU he went on to the University of Southern Mississippi. He later returned to Delta State University where he graduated with a degree in entomology. Many years later, he obtained a nursing degree from Holmes Community College. Over the last forty years, Leslie worked with many farmers in Mississippi and Arkansas as a consulting entomologist. He served as a mentor to countless young men every summer teaching them all about bugs and life. Leslie was an avid hunter and fisherman. He would fish all day without a bite and be ready to go back the next morning. His love of these two recreational activities was attributed to his father who shared his passion for hunting and fishing. Leslie was preceded in death by his parents, Jack and Neda Anderson. He is survived by his twin brother, Mike Anderson of Indianola; sister, Kathy Johnston (Les) of Knoxville, Tennessee; daughter, Jennifer Fines (Corey) of Amory, Mississippi; and son, Sonny Morgan of Wilmington, North Carolina. Leslie has five grandchildren, AnnaKyle Fines, Cagney Fines, Jackson Morgan, Essiemae Morgan, and Charliebelle Morgan. The family would like to thank Tonyell Gentry for the loving care given to Leslie over the past several years. Visitation will be held Saturday, January 18, 2020, from 1:00 pm until the 2:00 pm. The memorial service will be held at 2pm at Inverness United Methodist Church, Iverness, MS. Burton Funeral Home of Indianola has been entrusted with arrangements. In lieu of flowers, the family requests that donations be made to the Mississippi Ataxia Foundation, P.O. Box 17005, Hattiesburg, MS 39404. Online condolences may be shared with the family by visiting www.burtonfuneralhome.net or we picklefuneralhome.com

Leslie H. Anderson passed away on Wednesday, January 15, 2020. Leslie was born on February 5, 1957; two minutes after his identical twin brother. From that moment on, they were known as the &#8220;Anderson twins&#8221;. With their parents and... View Obituary & Service Information

The family of Leslie Anderson created this Life Tributes page to make it easy to share your memories.

Send flowers to the Anderson family.