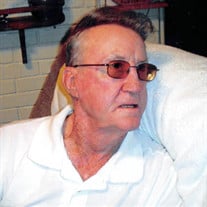 Hatley — Leonard Terry Jr., 84, passed away peacefully at his residence in Amory on Friday, November 30, 2018. Born on September 11, 1934 in Houston, MS, he was a son of Leonard “Rush” and Annie Gertrude Youngblood Terry. Leonard retired from Gibson Container in 1997, where he worked as a box-bander for many years. He married the love of his life, on February 25, 1953, and together they raised a beautiful family. Leonard cherished the time he spent with his grandchildren, who loved him dearly. In his free time, he enjoyed fishing and gardening. Leonard was happy to share the harvest of his garden with his family and friends. He also liked watching Westerns and Police shows, as well as listening to Country music such as George Jones. Above all, Leonard loved his family and treasured the memories made with them. He has left a legacy of love and friendship that will endure for many years. Leonard is survived by his loving wife, Mary Ann Rust Terry, of Amory; daughters, Debra Lynn Harmon, Rita Fay Pearson (Ed), Hatley; sons, Donald Roy Terry (Sandy), Brookhaven, Thomas Mitchell Terry (Melissa), Amory; sisters, Patsy Ann Lee, Jenny Lou Jalot, Darlene Mason, Betty Jean Hooper; brothers, Dale Terry (Annis), Bobby Ray Terry; nine grandchildren; seventeen great-grandchildren; and one great-great-grandchild. In addition to his parents, Leonard was preceded in death by his sisters, Pearl Wilson, Georgie Hooper, Shirley Doney; and brothers, Robert and Turner Terry. A private family service for Leonard will be held at a later date. In lieu of flowers, donations and memorials may be made to any charity of the giver’s choice. Memories and condolences may be shared with the family at eepicklefuneralhome.com

The family of Leonard Terry created this Life Tributes page to make it easy to share your memories.

Hatley — Leonard Terry Jr., 84, passed away peacefully at his...