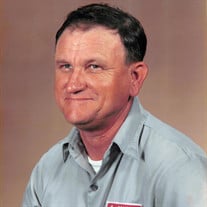 Columbus – Lee Jerome Sloan, 78, met his Savior face to face on August 14, 2021. Born on November 6, 1942, in Monroe County, he was a son to the late Johnnie Ridings Sloan and Troy Newton Sloan. Lee attended S.D. Lee High School in Columbus. At the young age of 15, he became a hero and saved his sister from drowning. He was very smart, always conscientious of the environment, and enjoyed animals, especially dogs. Lee was passionate about the Boy Scouts Club of America. He loved the Lord Jesus Christ, his family, and he was a patriot with great pride for the United States. He initially worked in Radiator Repair for over 20 years. He was employed by different companies including Bill Seigle. W. B. Taylor, Philips Contracting Co., and V.B. Young. He also was an entrepreneur, doing radiator repairs out of his own shop. He then switched directions in his career and worked for over 20 years at Four County Electric Company where one of his main jobs was repairing meters. He was proud of his many years of service and got great satisfaction in serving the general public. Many memories were made at Four County and he told tales about his experiences there for years. In his free time, he liked to be outside, gardening as well as listening to Country Western music, blue grass and gospel on one of his radios, of which he collected many. Lee also loved spending time with his treasured family, wood carving different objects, and anything that involved the iconic 57 Chevy. Beside his family, some of his close family friends were Walter Sansing, Bubba Holliday, Harold Berry, Jody Thompson, Otis and Pat Richardson. Lee was a very intelligent man who was so giving to others in need. All the memories made over the years will be cherished and he will never be forgotten. He will be missed dearly. Lee is survived by his sisters, Joan Fenwick, Bloomington, IN, Acel Sloan Stallings (Jim), Hatley, MS; brother, John Renay Sloan, Columbus; nieces and nephews, Jerry, Sherri, Jenny, Ellyn, Joey, Jeremy, Andy, Jason, Ben, Matt, and Sericea; a host of great nieces and nephews. He was preceded in death by his parents, Johnnie and Troy Newton Sloan; grandparents, Gainey and Dora Sloan; Elonzo and Maude Newton; brother, Billy Sloan (Connie); sister, Nancy Sloan Atkins; niece, Sherri Thornell; and great nephew, Sloan Ian Atkins. A graveside service will be held at Carolina Cemetery, Carolina Community, MS, on Friday, August 20, 2021 at 2:00 pm, with Mr. Perry Newton officiating. Pallbearers will be Andrew Atkins, Joey Atkins, Matt Atkins, Chris Green, Justin Green, and Bryan Honnoll. Honorary pallbearers will be John Sloan, Jim Stallings, and Ellis Atkins. The family requests that in lieu of flowers that memorials be sent to Mississippi School for the Blind, 1252 Eastover Drive, Jackson, MS, 39211. Memories and condolences may be shared with his family at eepicklefuneralhome.com.

The family of Lee Sloan created this Life Tributes page to make it easy to share your memories.

Send flowers to the Sloan family.