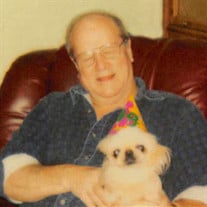 Smithville - Larry Ted Phipps, 74, passed away on September 23, 2019, at Diversicare Nursing Center in Amory, Mississippi. He was born in Lepanto, Arkansas on July 27, 1945. Larry obtained his GED in Arkansas and shortly after he went into the United States Army, in the late 1960’s. He was a business owner who did various general construction jobs, including carpentry, painting, and roofing. He worked hard during his lifetime and lived life to the fullest. He always was proud to do great work for the people who hired him. Larry was Baptist, he was caring, and he was known for helping people all the time. He loved his family and helping people. Family meant the most to him and he loved them dearly. He married the love of his life, Dorothy, on April 27, 2001. They were best friends and loved to go to George Jones concerts as well as taking trips to the Smokey Mountains. Larry was blessed with great siblings, grandchildren and great grandkids. He loved to go fishing, cook on the grill, and watch Fox News. Larry will be missed by his loved ones, but the memories they shared will last a lifetime. Larry is survived by his wife, Dorothy, of Smithville; sons, Mike Phipps, Horn Lake, and Larry Jean Nichols, Houston, TX; step-children, Donald and Sherry Kimbrough, Smithville, James and Delores Kimbrough, Greenwood Springs; sisters, Floraine Holic and Laraine Watkins; brother, Travis Phipps; grandchildren, Tim Phipps and Ashley Phipps; great-grandchildren, Faith Phipps, Tyler Phipps and Lincoln Hughes; nieces and nephews, Sherry brown, Larry Pillow, Clay Jr. Holic, Kim Holic, and Todd Phipps. In addition to his parents, he was preceded in death by his step son, Jerry Kimbrough. A private memorial service will be held at a later date. Memories and condolences may be shared with his family at EEPickleFuneralHome.com.

Smithville - Larry Ted Phipps, 74, passed away on September 23, 2019, at Diversicare Nursing Center in Amory, Mississippi. He was born in Lepanto, Arkansas on July 27, 1945. Larry obtained his GED in Arkansas and shortly after he went into... View Obituary & Service Information

The family of Larry Ted Phipps created this Life Tributes page to make it easy to share your memories.

Send flowers to the Phipps family.