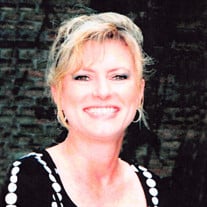 Lacinda Dawn”Cindy” Leech Black, 53, passed away at the North Mississippi Medical Center on Tuesday, October 10, 2017. Born on December 9, 1963, in Amory, MS, she was a daughter of Rex Leech and the late Brenda Gail Mann. Cindy had a very special relationship with her mother. She was not only her mother was also her best friend. Cindy graduated from Amory High School, class of 1981. She received her Master’s degree in Psychology from the University of Houston. Cindy was a member of St. Martin’s Episcopal Church in Houston, TX. When not working, she enjoyed traveling to Europe as well as many other places. In her spare time, she loved to play golf, read, and listen to rhythm and blues music as well as classic rock. She especially loved to listen to Adele. One of her greatest joys was spending time with her loving cats and dogs. Cindy will be missed by her loving family as well as all of her friends. She is survived by her father, Rex Leech and his wife Sandra; Step-father, Mike Mann; step daughters, Mecedez Norman, Kayla Black and Chelsea Black, all from Texas; step-son, John Scott Black, Texas; Sisters: Kim Keebler (Smithville), Vicky Reeder (Fulton), Stepsister, Suzette Taylor (Nettleton); Brothers: Tim Leech (Carol), Smithville, step-brother, Stan Mann, Amory; grandmother: Walta Mae Wallace; Nieces and nephews: Tyler, Lindsey, Chelsi, Priscilla, Presley; special friend: Scott Black. A graveside service for Lacinda “Cindy” Leech Black will be at 2:00 P.M., Thursday, October 12, 2017, at Masonic Cemetery in Amory with Bro. Leslie Sullivan officiating. Pallbearers will be her family and friends. Visitation for Cindy Black will be on Thursday, October 12, 2017 from Noon until 1:45 P.M. at the funeral home. Condolences and memories may be shared with the family at eepicklefuneralhome.com Memories and condolences may be shared with her family at eepicklefuneralhome.com.

The family of Lacinda "Cindy" Leech Black created this Life Tributes page to make it easy to share your memories.

Lacinda Dawn”Cindy” Leech Black, 53, passed away at the North...

Send flowers to the Black family.