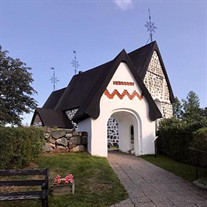 Amory – Kjell Stig Westerlund, 71, passed away on Friday, August 14, 2020, at his residence in Amory, Mississippi. Born on April 3, 1949, in Sundbyberg, Sweden, he was a son of the late Margit Pousette and the late Stig Olaf Westerlund. Gifted in math and science, Kjell studied Astronomy at Stockholm University and Electronics at Chalmers Tekniska University. He started work as a Test Engineer with Standard Radio in Sweden and worked as an Electronics Engineer for over forty years, working in fields of robotics, computer development in chip, network, and wireless designs, and electroluminescence. He worked with leading firms such as Intel, ICL, and Ericsson, on projects throughout Europe, the former Soviet Union, Asia and North America. He was known and recognized by his colleagues for extraordinary talent and untiring determination. He met his wife, Mary Jane Grisham, while she was working with Svensk Dator Design, a company co-owned by Kjell in Stockholm, Sweden. They were married in Santa Cruz, CA, and, were married for over 27 years, living in Stockholm, Sweden and Dallas, TX, before retiring to his wife's hometown of Amory, MS. They also enjoyed a summer home in Edsbro, Sweden, a community Kjell knew and loved as a child at his grandparents farm. Throughout his life Kjell pursued obtaining greater knowledge through active hobbies of astronomy, photography, sailing, and music. He loved nature and animals and supported furthering the work of nature conservation and humane organizations. He was also passionate about politics, both regional and international. Kjell leaves behind his wife, Mary Jane Westerlund, of Amory, MS, and his brother, Christer Westerlund (Gunn) of Edsbro, Sweden, and, two nieces, Charlotta (Robin) Skantze and Josefin Johansson Westerlund, both of Linköping, Sweden. And, other family members in Sweden and Italy. No services are scheduled at this time. Donations in his memory may be made to the World Wildlife Fund (worldwildlife.org) or MD Anderson Cancer Center, 1515 Holcombe Blvd., Houston, TX. Memories and condolences may be shared with the family at eepicklefuneralhome.com

Amory &#8211; Kjell Stig Westerlund, 71, passed away on Friday, August 14, 2020, at his residence in Amory, Mississippi. Born on April 3, 1949, in Sundbyberg, Sweden, he was a son of the late Margit Pousette and the late Stig Olaf Westerlund. Gifted... View Obituary & Service Information

The family of Kjell Stig Westerlund created this Life Tributes page to make it easy to share your memories.

Send flowers to the Westerlund family.