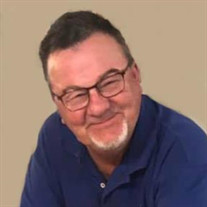 Smithville – Kerry “K-Boy” Lanning Saylors, 70, finished his earthly course and began his new life in Heaven on August 21, 2021. He was born on June 7, 1951, in Booneville, MS, to the late Archie Saylors and Gladys Moore Saylors. K-Boy grew up in Blackland Community of Prentiss County with a large family. He had three brothers to contend with all the time, one of which couldn’t pronounce his name, thus the nickname, K-Boy. He learned early the value of family, relationships, and that you need to laugh often in order to enjoy life. Before high school, he received the prestigious nomination by his peers of “Mr. Junior High”, a title which he was proud. He graduated from Wheeler High School in 1970. During his senior year at Wheeler, he was on the basketball team which captured the State Championship and he also earned the honor of class Valedictorian. K-Boy furthered his education, by attending North East Community College and lastly he attended Mississippi State University where he obtained a Bachelor of Science in Agronomy. A patriot, he served in the Mississippi National Guard, Baldwyn unit for four years from 1970-1974. He began his career at Wax Company in 1975 and in 1981 he began his lifelong career at Dow Agri Sciences until he retired in February of 2018. K-Boy loved his job as he got to travel all over, sell agriculture products, and meet all kinds of people from different walks of life. He worked hard for his family and enjoyed being a great provider for all. He married his sweet heart, Elizabeth “Libba” Gray Saylors, on April 1, 1973, and together they were blessed with a large family. With over 48 years together, he and Libba had a great marriage and their home was always full of love. They welcomed anyone and always loved them as their own. K-Boy was a fantastic Pappaw to many and a great husband and best friend. He was down to earth and always did his very best to embarrass his wife, children, their friends, and any other innocent by stander in his range. He often gave people nicknames, which he would never forget even years later. To know him was to love him. He always made others smile and it was like he was addicted to making you laugh. If you were down, he was the best medicine you needed. A jokester, he loved pulling pranks on people and he always lit a room with his jolly spirit. A member of Meadowood Baptist Church, K-Boy loved the Lord, his church members, and was very active in his Sunday School Class. A man with heart for others, his faith was strong and when asked, he gladly officiated 3 marriages with Bro. Lloyd Sweatt’s assistance. He emanated light and showed Christ’s love by serving and loving on others. K-Boy liked to listen to 70’s music and Gospel, especially any sung by Elvis. In his free time, he liked to play basketball, golf, and grow vegetables, especially sweet corn that he sold at the Smithville Market for several years. He also cherished his family’s heritage in Prentiss County, especially the history around the Blackland Cemetery and the Camp Ground United Methodist Church Cemetery. On August 5, 2021, he made the journey with his grandkids to the cross raising at Blackland to ensure the proud heritage legacy lives on in his family. The cross raising was initiated by K-Boy’s brother, Deryl. He had the uncanny ability to make you feel so special and appreciated. His life mission seemed to be to make others happy and smile. It seems as though he had an epiphany for his life’s story when he was quoted in his high school yearbook saying “If a man insisted always on being serious, and never allowed himself a bit of fun and relaxation, he would go mad or become unstable without knowing it.” There is no doubt K-Boy lived out his life’s mission. He will be missed dearly yet his friends and family know that he will be eagerly awaiting for their arrival, with a couple of good pranks hidden in his wings. Left behind to treasure his memories, are his soul mate, Elizabeth Saylors, Smithville; daughters, Sharla Saylors Jones (Chris), Amory, Laura Saylors Gibson (Justin), Smithville; son, Willie Lopez, Robinsonville, MS; grandchildren, Lex, Jax, Annie Rhea, and Lyrix; brothers, Deryl Saylors (Brenda), Booneville, and Manfred Saylors (Joy), Booneville; nieces and nephews, Matt, Carrie, John, Sarah, Heather, Stephen, Deanna Stephani, Teresa, Tracy, Paul and John. In addition to his parents, he was preceded in death by his brother, Dean Saylors. A Celebration of Life graveside service will be held on Saturday, August 28, 2021, at 3:30 pm, at Camp Ground United Methodist Church Cemetery, in Iuka, MS, with Dr. Lloyd Sweatt officiating. Pallbearers will be Justin Gibson, Chris Jones, Lex Gibson, Jax Gibson, Deryl Saylors, Manfred Saylors, Willie Lopez, Sam Mitchell, Rick Stevenson, Buddy Carlisle, Steve Randle, Lee Barnett, Billy ward, Mason Laney, Cooper Laney, Jarrett Mitchell, Matthew Mitchell, Paul Saylors, Terri Cartwright, Randy Calvery and Ralph Glover. Donations in lieu of flowers may be made to the Northeast Community College Scholarship, Cross of Christ – Monroe County, or the Blackland Church Cemetery Fund. Memories and condolences may be shared with his family at EEPickleFuneralHome.com

The family of Kerry “K Boy” Saylors created this Life Tributes page to make it easy to share your memories.

Send flowers to the Saylors family.