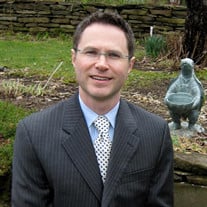 On February 29, 2020, Kelly Richard Young of Arlington, Virginia went to be with the Lord. Kelly was born November 3, 1968 in the Republic of the Philippines. He was the youngest of three children. Kelly was predeceased by his mother, Sue Delle Stuart Young. He is survived by his father, Charles D. Young (LTC, US Army-Retired) of Harrisonburg, Virginia, two brothers; Charles Stuart Young (wife Donna) of Springfield, VA and Daniel Edward Young (wife Debrah) of Harrisonburg, VA and his widower, William Reinsmith of McLean, Virginia. Kelly also leaves behind five loving nieces and nephews as well as a great niece and nephew. Kelly graduated from West Springfield High School in 1986. He was one of the valedictorians of his class, a contributing reporter for the Oracle (WSHS newspaper), a member of the National Honor Society and he received Certificates of Honorable Merit Magna Cum Laude for Outstanding Performance in the National Latin exam for The American Classical League and the National Junior Classical League. He was on the Fairfax Country Environmental Quality Advisory Council as a student advisor. Kelly was also involved in the drama department and other endeavors too numerous to mention throughout his high school career. Kelly went on to receive his BA in Economics from The University of Virginia. His activities and Societies included Summa Cum Laude, Phi Beta Kappa, Echols Scholar, Hill Award for the Outstanding Rising Senior in the Economics Department. Kelly began his career out of UVA with Charles G. Koch Industries. After becoming Program Officer of the Charles G. Koch Charitable Foundation, he decided to continue his education at Stanford University Graduate School of Business where he received his MBA in Management & Finance and his JD-Law degree from Stanford Law School. He was a member of the New York and DC Bars and served on the boards of several commissions and charitable foundations throughout his career. For a time, he was also the Director for TechFreedom and Equality Virginia. Kelly will be remembered as a loving and caring person, always striving for improvement. He had a talent for objectivity and believed strongly in those things he supported. Kelly always went above and beyond to encourage change for a better world. He will be missed here on earth but we find comfort in the knowledge that he is waiting for us in our Saviors loving embrace. John 10:16 A Grave side service will be held 10:30 am, Wednesday August 4, 2021 in the Harmony Church Cemetery at 50015 North Harmony Road, Amory, Mississippi 38821.

On February 29, 2020, Kelly Richard Young of Arlington, Virginia went to be with the Lord. Kelly was born November 3, 1968 in the Republic of the Philippines. He was the youngest of three children. Kelly was predeceased by his mother, Sue... View Obituary & Service Information

The family of Kelly Richard Young created this Life Tributes page to make it easy to share your memories.

Send flowers to the Young family.