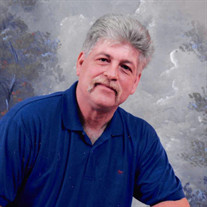 Amory/Hamilton – Kelly “Calhoun” Bethany, 77, started his new life in Heaven on February 15, 2021. He was born on July 9, 1943, in Chickasaw County, MS, to the late Aubrey Bethany and Ruth Inez Kelly Bethany. He grew up in a big family with six siblings in Chickasaw County. He graduated from Aberdeen High School with the Class of 1961. Later in life, he furthered his education by taking some general education classes at East Mississippi Community College. A Patriot, just out of High School, he served in the Army National Guard Unit in Aberdeen for four years. He began working for an off shore oil company in Cameron, Louisiana. Later in the 1970’s. he moved to Hamilton, MS and started working at Southern Investments out of West Point. He managed apartment complexes and was a good people person. He retired in 2005 yet he continued to work part time in Hamilton, MS. He worked at the Cotton Gin helping customers with their cotton bale weight tickets. Calhoun was blessed with a loving daughter, Pam Minor, and wonderful wife, Polly Renfro Williams Bethany, whom he married on October 4, 1992. Together they were blessed with a large family and they liked to take many trips together. In his free time, Calhoun really loved to do yard work at his home in Hamilton and grow beautiful flowers on his property as well as tend to a small vegetable garden. Socially, after retirement, he liked to hang out at Penny Lanes in Aberdeen and solve all the problems of the world. He really enjoyed catching up with the guys he graduated, some being Merle Tubbs and Jimmy Lusk. About two years ago, his wife and he moved to Amory, MS to be closer everything and her place of employment. Calhoun was an easy-going person who was very social and he quickly established his place in Amory. He would sit on his porch every day and many people would come by and honk at him daily. He loved to hang out at, talk with people who passed on foot and just be the friendly guy that waved at everyone in the community. Even during the cold weather, he would sit on the porch, wrapped up in his blankets and wave at the passing drivers. His simple kind gesture of a wave often times would change a person’s entire day. His family guided his life, with his grandchildren having a special place in his heart. He loved interacting with people and just catching up on old times. He attended Riverbend Baptist Church and really enjoyed listening to Bro Roy preach. When he was unable to attend church during Covid times, he liked to listen to Charles Stanley with his wife sitting by his side. His family and friends will miss his presence dearly. He impacted so many lives with his simple kindness and caring heart. They will all cherish the memories they have of him. Left behind to treasure his memories, are his wife, Polly Renfro Williams Bethany, Amory; daughter, Pam Minor(Fiance- Steve Dillard), Amory; step daughters, Deborah Jefferson (Tyrone), Smithville, Denise Strevel (Jerry), Aberdeen; step-sons, Donnie Williams (Amy), Hatley, Danny Williams (Karen), Aberdeen, and Bobby Douglas Williams, Aberdeen; 12 grandchildren; 10 great-grandchildren; brother, Frank Bethany (Sharon), Bartlett, TN; sister, Janis (Harold), Hamilton, MS; several nieces and nephews. In addition to his parents, he was preceded in death by his brother, Jack Bethany (Betty), LA, Robert Bethany (Paula), MS, James Bethany (Peggy), Amory; sister, Debbie Shaw, West Point; grandson, Steven Ryan Williams. A Celebration of Life Service will be held at 11 am Saturday, at E. E. Pickle Funeral Home with Bro. Dempsey Rowland officiating and Mr. Rob Seargent performing the music. Burial will follow at Howell Cemetery in Athens, MS. Pallbearers will be Hayden Strevel, Dawson Williams, Dillon Jefferson, Brad Williams, Thomas Foley, and Caleb Ferguson, and Benjamin Williams. Visitation for family and friends will be from 10:00 am until the service hour at the funeral home in Amory, MS. Memories and condolences may be shared with his family at EEPickleFuneralHome.com

The family of Kelly "Calhoun" Gene Bethany created this Life Tributes page to make it easy to share your memories.

Send flowers to the Bethany family.