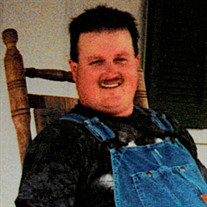 Jim C. Coggin Nettleton — Jimmy Chess “Jim C.” Coggin, 52, passed away on Thursday, August 1, 2018, at his residence in Nettleton. Born on November 1, 1965, in Amory, he was a son of Peggy Coggin Plunkett and the late Marvin Coggin. Jim grew up in Amory and graduated with the class of 1985. He had a career with BNSF where he had worked for over 20 years. He enjoyed his work and working beside his co-workers. For the past five years, he proudly worked as a Signalman Foreman for BNSF. A man who loved God, he was a member of Union Hill Baptist Church. He was a faithful listener to Dr. James Merritt of Touching Lives Ministry. Jim had a heart for the lost and he never met a stranger. Jim would always do for others before doing for himself. An outdoor man, Jim loved to farm the land. His passion was going fishing, especially for catfish and Walleye. He enjoyed spending time with his dogs and the goats he raised. Jim also liked to listen to Southern Rock. Jim had a big stature but his heart was even bigger and it was always apparent to those that met him. A loving and generous man, Jim was an awesome son, brother, uncle and friend to all. Jim loved his family and left a lifetime of memories with them which they will cherish forever. His family takes comfort in knowing that he is home with his heavenly Father. Jim is survived by his mother, Peggy Coggin Plunkett, Amory; sister, Netta Coggin, Coffeeville, MS; brother, Jason Coggin, Aberdeen; nephew, Brian Walton (Holly), Hernando; grand-nephew, Ethan Walton, Hernando; and special friends, Paul and Jill Ashworth, Oklahoma. He was preceded in death by his father, Marvin Coggin; brother, Marvie Coggin; step-father, Bud Plunkett. A funeral service will be held at 11 AM, Saturday, August 4, 2018 at E. E. Pickle Funeral Home in Amory with Bro. Roger Akers officiating. Burial will follow in Brewer Cemetery, Brewer, MS. Pallbearers will be Greg Coggin, Paul Ashworth, David Klaudt, Cassidy Epperson, Nathan Latham, and Donald Mollett. Honorary Pall bearers will be David Brown, Jeff Coggin, Willie Wilson, Gordon Hester, Dave Brown, and his BNSF Amory Signal Gang. In lieu of flowers, donations may be made to Amory Humane Society, 1317 Old Highway 6, Amory, MS, 38821. Memories and condolences may be shared with the family at eepicklefuneralhome.com

The family of Jim C. Coggin created this Life Tributes page to make it easy to share your memories.

Send flowers to the Coggin family.