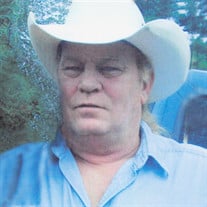 Amory—Jerry Wayne Vaughan, 60, passed away at his residence on Tuesday, October 9, 2017. He was born in Amory on February 4, 1957 and was a son of the late O’Conner and Beatrice Vaughan. Jerry attended school in South Carolina and at Hatley. He held many jobs; among them he was a Drill Rig Operator and sewing machine mechanic in the clothing industry. He married the love of his life, Debra Ann Miller on March 17, 1994. Jerry was a wonderful, kind hearted individual who could be stubborn at times. He was head strong as well as a perfectionist. He would spend time outdoors fishing for catfish and hunting for deer. When not busy, he would watch Nascar races, especially when Bobby Labonte was in the race. He had two special friends W.D. (Bubba) Duncan and George McKenzie who spent many hours with him. He was so proud of his family. When asked to describe Jerry, the words awesome and kind hearted were immediately given. A loving man, Jerry will be greatly missed. He is survived by his wife, Debra Ann Vaughan; Stepdaughter, Dawn Cavender (Jerry), Amory; step-son, Daniel Seymore (Rachel), Amory; sisters Linda Beck and Vera Summers of Florida; brothers, Louis Vaughan, South Carolina, and Daniel Vaughan, Atlanta, Georgia; Grandchildren: Chelsea Trease (Carson), Rebecca Seymore, C.J. Seymore, Robby Cavender, and Layne Seymore; Great-Grandchildren, Sophia and Addison Trease. There are no services scheduled at this time. Memories and condolences may be shared with his family at EEPickleFuneralHome.com

Amory&#8212;Jerry Wayne Vaughan, 60, passed away at his residence on Tuesday, October 9, 2017. He was born in Amory on February 4, 1957 and was a son of the late O&#8217;Conner and Beatrice Vaughan. Jerry attended school in South Carolina... View Obituary & Service Information

The family of Mr. Jerry Wayne Vaughan created this Life Tributes page to make it easy to share your memories.

Amory—Jerry Wayne Vaughan, 60, passed away at his residence on...

Send flowers to the Vaughan family.