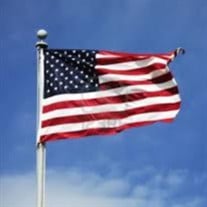 Smithville— Jerry Dean Shannon, 73, died on May 21, 2020 at NMMC in Tupelo, Mississippi. Jerry was born on April 23, 1947 in Carlsbad, New Mexico to John W. Shannon and Alberta Bennett Shannon. He moved with his family from Carlsbad to El Paso, Texas, to Goffstown, New Hampshire. Jerry graduated from Goffstown High School with the Class of 1965. He then moved with his family to Bethel, Maine and enlisted into the U.S. Army. Jerry served in Vietnam from 1967-1968 in field artillery operations. He was a gunner on a tank in three major campaigns. Jerry was honorably discharged from Fort Bliss, Texas in 1969 and made his home in El Paso, where he was a manager of Wyatt’s Cafeteria in El Paso and later in Houston, Texas. He later became a journeyman electrician with IBEW, moving to different worksites around the country. During his last seven years before his retirement, he worked in Las Vegas, Nevada. Upon his retirement in 2009, Jerry moved to Smithville, Mississippi to be near his brother. He was a quiet man who loved his country and was proud of his service to protect our freedom. Jerry enjoyed watching all sports on TV, especially NASCAR. Jerry is loved by his family in Texas and Mississippi and will be dearly missed. He made more of an impact on those who knew him than he realized. Jerry is survived by a son, Johnny Shannon, of Austin, Texas; daughter, Shauna Bezak, Austin, Texas; sister, Patricia Holden, Seal Rock, Oregon; brother, Mike Shannon, Smithville, MS; and uncle, Raymond Bennett, Las Cruzes, New Mexico. He was preceded in death by his parents and one nephew. Per Jerry’s request, no public services will be held. Memories and condolences may be shared with his family at eepicklefuneralhome.com

Smithville&#8212; Jerry Dean Shannon, 73, died on May 21, 2020 at NMMC in Tupelo, Mississippi. Jerry was born on April 23, 1947 in Carlsbad, New Mexico to John W. Shannon and Alberta Bennett Shannon. He moved with his family from Carlsbad to... View Obituary & Service Information

The family of Jerry Shannon created this Life Tributes page to make it easy to share your memories.

Send flowers to the Shannon family.