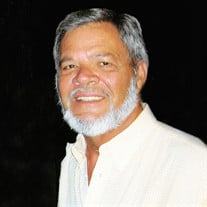 Becker – Jerry Ray Edwards, 73, passed away on December 31, 2017 at his residence. Born on July 22, 1944, in Monroe County, he was a son of the late Johnny and Cleo Crouch Edwards. Jerry served in the U.S. Army for two years. He married the love of his life and best friend on August 10, 1962, and together they were blessed with two children. He began his career working at Pullman Couch, and spent 26 years working as a steel worker at True Temper Sports. His friends at work included Billy Waddle, Lamar Minor, Eddie Thomas, and Dumas Oswalt. Later in life, he obtained his GED and became a certified electrician. Jerry was a member of Becker Baptist Church, where he was a life-long choir member. He also taught RA’s and served as a deacon and interim choir director. Jerry loved Elaine and enjoyed spending time with her. Before Elaine passed in November 2017, Jerry’s first priority was taking care of her and giving her the best life possible. His closest friends were Terry Hall, Billy Smith, and Richard Williams, and he referred to these three as his “Go To Men” when he needed something to be fixed. Jerry loved spending time with his family, working in his garden, and hunting. Later in life, he enjoyed camping and making his own cornmeal. Jerry’s love for God guided his life, and he strived to live according to God’s Will in everything that he did. If there was anything that Jerry disliked, it was a person that didn’t keep his word. On a lighter note, he never ate pizza, cereal, or tacos, claiming that if he couldn’t spell it, he wasn’t eating it. Jerry was an honest man, and in his free time, he liked gardening and canning. He enjoyed listening to Southern Gospel music and Old Country—Loretta Lynn, Merle Haggard, and George Jones. One of Jerry’s favorite advice to give people was “Don’t do anything or be anywhere you wouldn’t want to be if the Lord came back.” Jerry could always bring a smile to anyone’s face, and he was a faithful Christian. He was an honest and easy-going man who took care of his wife and family to the best of his ability. Jerry is now reunited with Elaine and is making his heavenly home. He leaves a lasting legacy of hard work and love in his family, and he will be dearly missed. He is survived by his children, Tonya Flurry (Scott), Amory, and Greg Edwards (Debbie), Becker; grandchildren, Drew Edwards (Hannah), Alana Edwards, Marley Edwards; great-granddaughter, Henley Edwards; sister, Johnny Faye Reese, Verona; brother, Jimmy Edwards (Judy), Hatley; a multitude of nieces and nephews; and special friends, Kathy Corbell, Sue Huberty, Mary Wells, and the staff of Legacy Hospice. In addition to his parents, he was preceded in death by his wife, Brenda Elaine Edwards; brothers, Hollis, Herman, and Shorty Edwards; and sisters, Judy, Joanne, Josephine, and Ludy. His Funeral Service will be held at 1 PM, Thursday, January 4 at E. E. Pickle Funeral Home, Amory, with Bro. David Jay officiating. Burial will be in Wren Cemetery. Pallbearers will be Dennis “Buck” Payne, Bubba Payne, B.J. Payne, Chris and Jason Edwards, and Brad Clayton. Honorary pallbearers will be the deacons of Becker Baptist Church. Visitation will be from 11-12:50 on Thursday, January 4, at the funeral home. Memories and condolences may be shared with his family at EEPickleFuneralHome.com.

The family of Jerry Ray Edwards created this Life Tributes page to make it easy to share your memories.

Send flowers to the Edwards family.