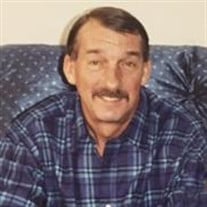 West Point – Jerry Hal Brown, 74, passed away on Monday, November 20, 2017, in Tupelo. Born on August 24, 1943, in Monroe County, he was a son of the late Jessie Audis and Geneva Mae Cantrell Brown. After attending Becker School, Jerry enlisted in the US Air Force in 1962. While in service, he obtained his GED. Jerry served as an Aircraft Mechanic for 6 years, and he also served in the Vietnam Conflict. After being honorably discharged, he began his career as a mechanic. During his career, Jerry worked at the Old Ford Place. He was always able to figure out how to do things, and this proved as an asset to his job. He was known as the “Fix It Man” and could always be found tinkering with stuff. Although highly capable and talented, Jerry was also accident prone and spent much of his youth covered in stitches. Jerry was a fun-loving, mischievous man. He always had a joke up his sleeve. In his free time, he enjoyed cat fishing and watching the weather. He got the nickname “Snow Watchman” for his love of watching the weather change. Jerry liked to “sight see” on the back roads he always took home, and sometimes he would venture on these to find Native American arrowheads. He loved to 4wheel drive in his Bronco. He also loved searching for four-leaf clovers. Most of all, Jerry loved spending time with his family. He loved to make them laugh. His closest friends were Louis Dean, Terry Carter, and Stanley Reeves. These were his “running buddies” and “tailgate sitters.” Jerry had a big heart and loved to help people. He has left a legacy of love and selflessness that will be remembered for years to come. Jerry’s memory will always be held in a special place in the hearts of his loved ones. Jerry is survived by his daughter, Vicki Leigh Benson (Benny), Steens; sons, Jessie Lloyd Brown and Jeromy “Shane” Brown (Hollie Lane), West Point; sisters, Betty Holland (Charley), Aberdeen; grandchildren, Haley Benson, Briann Benson, Caleb Brown, Dalton Brown, Gavin Brown, Gabe Brown (Cassie), Josh Brown; several nieces and nephews. Along with his parents, he was preceded in death by his brothers, Jack and Jimmy Brown; and sister, Beth Flurry. His Funeral Service will be at 11 AM, Saturday, November 25 at E. E. Pickle Funeral Home, Amory. Burial will follow in Greenbrier Cemetery, Becker. Visitation will be from 5 - 8 PM, Friday, at the funeral home. His family extends their sincere thanks to the staff of Sanctuary Hospice for their wonderful care and compassion. Memories and condolences can be shared with his family at eepicklefuneralhome.com

The family of Jerry Hal Brown created this Life Tributes page to make it easy to share your memories.