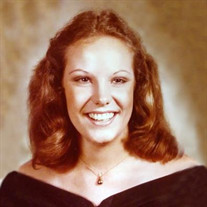 Aberdeen – Janet Kay Burge Filgo, 56, passed away Monday, November 13, 2017, at her residence. Born on April 13, 1961, in Memphis, TN, she was a daughter of the late William Lee Sr. and Kay Frances Spaulding Burge. After graduating THS with the class of 1979, Janet attended ICC and obtained her associate’s degree. During her career, she worked in roofing and as a bookkeeper. Janet was a woman of the Baptist faith. She was known to be feisty and strong-willed, and was blessed with two sons whom she loved dearly. Janet was passionate about helping others. She was a caretaker for her parents and enjoyed spending time with friends and family. In her free time, she would host cookouts for everyone. Janet was a survivor of Non-Hodgkin’s Lymphoma. After her diagnosis, she fought for five years and defeated it. A strong woman of faith and a loving mother, Janet has left a lifetime of love and memories for her family. Janet is survived by her sons, Joshua Alan Burge, Wren, James Murphy, Denver, CO; grandchildren, Landon Gage Roberts, Victoria Bryson, Caelyn Murphy, Kennedy Murphy; sisters, Sandra Burge Bishop (Mike), Baldwin, Terry E. Cupp (JA), Saltillo; brother, William Burge Jr., Tupelo; several nieces and nephews; and special friends, Susan Gary Brooks, Ruby Newcomb. She was preceded in death by her parents, Bill and Kay Burge. Her memorial service will held on Monday, November 20, 2017, at E.E. Pickle Funeral Home in Amory. Visitation will be from 9-11AM on Monday, November 20, prior to the service. Memories and condolences can be shared with her family at EEPickleFuneralHome.com.

Aberdeen &#8211; Janet Kay Burge Filgo, 56, passed away Monday, November 13, 2017, at her residence. Born on April 13, 1961, in Memphis, TN, she was a daughter of the late William Lee Sr. and Kay Frances Spaulding Burge. After graduating THS... View Obituary & Service Information

The family of Janet Kaye Burge Filgo created this Life Tributes page to make it easy to share your memories.

Send flowers to the Filgo family.