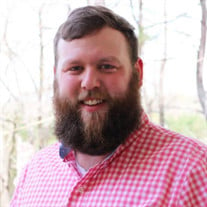 Amory— James Matthew Welch, 26, passed away on Monday, June 22, 2020 at North Mississippi Medical Center in Tupelo. Born in Amory on February 15, 1994, he was a son of Lisa Renee Gilbert and the late Ricky Earl Welch. Matthew graduated from Smithville High School with the Class of 2012. He then obtained his Associate’s Degree from Itawamba and enrolled in the University of Mississippi, where he planned on becoming a teacher. Matthew was most recently working for Ferguson Enterprising as a forklift operator. An all-around good guy, Matthew had a heart of gold and would do anything for anyone. He loved his family and his friends, and his faith in God guided him through his life. Matthew was known for his sense of humor and could make a room of people laugh. He could make a joke out of anything. In his free time, he played video games with his friends, binge-watched Netflix, and spent time with his family and friends. He was a devoted son, a loving brother, and a wonderful friend. To know Matthew was to love Matthew, and he will dearly missed by all who knew him. His jokes and memories he cultivated with his loved ones will live on forever. Matthew is survived by his mother, Lisa Gilbert, of Amory; sisters, Amanda Ball (Shawn), of Amory, Angela Ard, Smithville, Linda West, Glenwood, Georgia; brother, John Welch (Tonya), of Mooreville; grandparents, Willadean Miles, Ann Welch; aunts and uncles, Edna Lindley (Freddie), James “Mike” Miles, Randy Welch (Denise), Gary Joe Welch, Steve Welch, Dennis Welch (MaryJo), Debbie Griener (Mark); nieces and nephews, Jaxton, Wilder, and Colton Ball, Seth West, Lexis Wilkinson, Kaleb Wilkinson, Tiffany Williams, Robert Pullen, Ricky West, Sumari Williams Welch, Ethan Percy, Emma Percy, Drake Porter; a host of beloved cousins; and countless friends. He was preceded in death by his father, Ricky Earl Welch; sister, Susan Welch Percy; grandparents, James J. Miles, Earl Welch; and a very dear friend. Funeral Services for Matthew will be held at 2PM on Thursday, June 25, 2020 at E.E. Pickle Funeral Home in Amory, with Bro. James Michael Miles officiating. Burial will follow in Young Memorial Gardens in Smithville, MS. Pallbearers will include Shawon Westbrook, Steve Adams, Kyle Stevens, Austin Allred, Kyle Jackson, Hayden Gill, Alex Mitchell, Bryce Camp, and Johnny Westbrook. Honorary pallbearers are Trentt Taylor, Seth West, and John David Gainey. Visitation will be on Thursday from 11AM until the service hour at the funeral home. Memories and condolences may be shared with the family at eepicklefuneralhome.com

The family of James Matthew Welch created this Life Tributes page to make it easy to share your memories.

Send flowers to the Welch family.