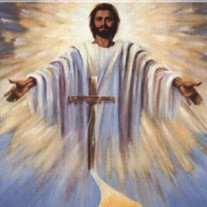 Amory— James Allen “Jim” Lancaster, 79, entered the heavenly gates on Saturday, January 12, 2019. He was born in Amory on September 16, 1939 to L.D. and Helen Gwin Lancaster. Jim graduated from Friars Point High School and then obtained an Associate’s degree from Mississippi Delta Community College. He was a car salesman throughout his life, and his love of meeting people grew into lasting, dear friendships. A man of great faith, Jim was a diligent member of Meadowood Baptist Church for many years, where he served as a deacon and Sunday school teacher. Additionally, he volunteered his time with missions for the food pantry through his church. He was a selfless servant of God who loved helping others. In his free time, Jim enjoyed spending time with his friends and family, fishing, and “piddlin’ around” with his many projects. When he was able, he would fish, hunt, and try his hand at wood-working. He loved listening to Gospel music. Most of all, Jim adored his children and grandchildren. He was overjoyed over his family and the memories they shared throughout the years. He treasured the many friendships he cultivated over the years and leaves behind a lasting legacy of love that will be remembered in the days to come. Jim will be missed, but his family takes comfort in knowing that this is not goodbye; it is a “see you again.” Jim is survived by his wife, Evelyn Gordon Lancaster, Amory; daughters, Beth Brown (Jerry), Hernando, Luann Stevenson, Clarksdale, Deanna Jackson (Bill), Clarksdale; grandchildren, Cory Lancaster (Marianne), New Albany, Ty Nickels (Natalie), Olive Branch, Lindsey Hill (Blake), Clarksdale, Preslea Stevenson, Clarksdale, Brooke Jackson, Clarksdale, Cole Jackson (Laura), Clarksdale; great-grandchildren, Prestyn Nickels, Alden Lancaster, Evie Lancaster, Everly Allyn Hill, Lucy Harris Jackson, and Crawford Jackson. In addition to his parents, Jim was preceded in death by his grandparents, Mr. and Mrs. E.T. Gwin and Mr. and Mrs. William A. Lancaster; sister, Gwinie Lancaster, and grandson, Preston Nickels. A funeral service will be held at 11:00 A.M., Wednesday, January 16, 2019 at Meadowood Baptist Church, with Dr. Lloyd Sweatt officiating. Burial will follow at Amory Historical Cemetery. Pallbearers will include Cory Lancaster, Ty Nickels, Blake Hill, Bill Jackson, Cole Jackson, and Jerry Brown. Honorary pallbearers will be Billy W. Harlow, Jason Gallop, Frank Owen, and the members of Jim’s Sunday School Class. Visitation will be Wednesday morning, from 9:30 A.M. until the service hour at the church. Please feel free to leave condolences and memories with the family at eepicklefuneralhome.com.

The family of James "Jim" Lancaster created this Life Tributes page to make it easy to share your memories.

Send flowers to the Lancaster family.