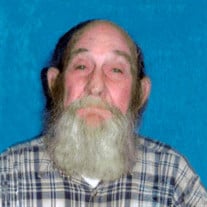 James “Jimmy” Wilson Vaughan Smithville— James Wilson Vaughan, 78, passed away peacefully on Monday, January 6, 2020, at NMMC-Gilmore in Amory. Born at home in Smithville on February 28, 1941, he was a son of Thomas Maxell and Jessmer Kennedy Vaughan. James was born and raised in Smithville, where he attended school and began his lifelong occupation as a carpenter, but his heart will forever belong to the Mississippi Gulf Coast. As an adult, he lived and raised his family in Gulfport, MS, where he was known and loved by his nickname “Sea Dog.” His passion in life was life on the coast, where he enjoyed fishing on the gulf and shrimpin’ with his friends. James bought and refurnished boats, christening them with names such as “Dixie” and “Miss Vicki” after he met his soon-to-be wife, Vicki, in Biloxi. He married Vicki in May of 1988. They eventually moved back to Smithville, MS and became faithful members of Trace Road Baptist Church in Amory. James was also a long-time member of the Smithville Masonic Lodge. A hard worker and talented carpenter, James was always proud of his work on the Amory Lock and Dam as well as the Bay Springs Lock and Dam, when he worked for Al Johnson Construction Company. He also helped build the John C. Stennis Space Center in Hancock County, MS, along the banks of the Pearl River. More than anything else, however, James loved his family and cultivated many strong friendships over the course of his life. He was a caring, straight-forward man who was blunt and honest when he needed to be. He loved fishing and hunting, and he called the Mississippi Coast his home. His family and friends have countless memories with James which will be treasured for the years to come. For now, James is in his heavenly home, awaiting the arrival of his loved ones some day. James is survived by his wife, Vicki Vaughan, of Smithville; sons, Marty Vaughan (Sandra), Winfield, AL, James Alan Vaughan (Belinda), Atlanta, GA, Kenneth Thornton Vaughan, Metairie, LA; step-son, Bo Donovan, Simpkins, Atlanta, GA; numerous beloved grandchildren and great-grandchildren; mother, Jessmer Marcell Kennedy Vaughan; brother, Thomas Wayne Vaughan (Ella Mae), Detroit, AL; and a host of nieces and nephews. In addition to his father, he was preceded in death by his first wife, Carolyn Thompson Vaughan, of Gulfport, MS; and step-daughter, Dawn Michelle Simpkins. A family gathering will be held at a later date. Honorary pallbearers will include Leon Nelson, of Wiggins, MS, Dan Chism, Amory, Mickey Cox, Amory, Lee Wright, Smithville, and the late Ken Mason. Memories and condolences may be shared with the family at eepicklefuneralhome.com

The family of James "Jimmy" Vaughan created this Life Tributes page to make it easy to share your memories.

Send flowers to the Vaughan family.