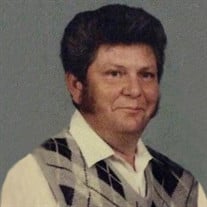 Amory - James Howard Dodd, 72, passed away Thursday, September 5, 2019, at North Mississippi Medical Center-Gilmore, Amory. Born in Amory, MS, on September 11, 1946, he was a son of Jo Asbury and Vada Gray Dodd and known by his family and friends as Howard. Howard attended school in Amory and went to work at early age at Amory Garment. After a year of working, he started a new career in various furniture factories industry. He worked in the upholstery department for over 20 years and then he retired. During his lifetime, he was blessed by God with two children, a son and a daughter. He loved them dearly and his family meant the world to him. Howard was of the Pentecostal Faith and he attended Nettleton Pentecostal Church. A man with a strong faith in Jesus, Howard had a kind heart and was very forgiving. He became paralyzed following a surgery and extended the same grace God gave him. He was not angry and not vengeful as he believed God was in control. Before he was disabled, Howard liked to go fishing. One of his closest friends was Roy Foster. They were fishing buddies who loved to go to places like Grenada and fish for anything, especially catfish. One of Howard’s biggest catches was a 30 lb catfish. He enjoyed the outdoors such as growing and working his garden. After being paralyzed, he spent several years at Diversicare in Amory where the staff took great care of him. He enjoyed visits with his family, rides in the wheelchair, watching Westerns and most of all, reading his Bible. A man with a forgiving and kind heart, Howard will be missed dearly by all his family and friends. His love will leave wonderful memories with them and they are comforted knowing he has been healed and ran into the arms of Jesus. Howard is survived by his daughter, Sherry Dodd Foster (Husband-David), Amory; son, Ricky James Dodd, Amory; grandchildren, Tyler Foster, Ashley Foster, Samantha Dodd, Vince Dodd, Tishunda Foster, and 5 great-grandchildren, Hunter Foster Gray, Landon Roberts, Sierra Dodd, Kenneth Jackson, Remington Pace; sister, Ella Mae Stroup (Robert), Amory; Emma Ambrose, Bossier City, LA; Ruby Mae Smith, Wren; brothers, Daniel Dodd (Vickie), Verona; Gennie Dodd (Faye), Wren, Marvin Dodd (Brenda), Amory; several nieces and nephews. In addition to his parents, Howard was preceded in death by his brothers, Joseph and Jimmy Lee Dodd. His funeral service will be held at 12 PM, Wednesday, September 11 at E. E. Pickle Funeral Home, Amory, with Rev. Larry Davis and Rev. Jordan Davis officiating. Burial will follow in Wren Cemetery. Pallbeares will be David Dodd, Jeffery Dodd, Kenny Wise, L.D. Wise, and Jody Dodd. Visitation will be from 10 - 11:50 AM, Wednesday. Memories and condolences may be shared with his family at EEPickleFuneralHome.com.

Amory - James Howard Dodd, 72, passed away Thursday, September 5, 2019, at North Mississippi Medical Center-Gilmore, Amory. Born in Amory, MS, on September 11, 1946, he was a son of Jo Asbury and Vada Gray Dodd and known by his family and friends... View Obituary & Service Information

The family of James "Howard" Dodd created this Life Tributes page to make it easy to share your memories.

Send flowers to the Dodd family.