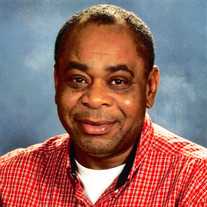 Athens Community— James “Boo” Franks, 54, departed his life on Monday, April 13, 2020 at NMMC in Tupelo. He was born in Aberdeen, MS on October 4, 1965 to Charles W. and Fannie Franks. Boo was one of four siblings. He accepted Christ at an early age at Athens United Methodist Church. Boo graduated from Hatley High School. He worked as a frame builder for United Furniture for the past fifteen years. Boo and his wife, Kim, were faithful members of First Christian Church in West Point. His family and his faith in the Lord were cornerstones in his life. He was known for his jokes and could make anyone laugh. A loving, caring man, he cultivated a multitude of friendships over his lifetime. In his free time, Boo loved drag racing in his beloved mustang. The memories he shared with his friends and family will last a lifetime, and he will be dearly missed. Boo is survived by his wife, Kim Jones Franks; daughters, Jaide Jones Franks, Laney Marie Franks (beloved fur child); brother, Larry Mitchell; sisters, Barbara Howell, Brenda Franks, all of Aberdeen; his father, Charles W. Franks; nephews, Bryan Mitchell (Leslie), Cedric Mitchell, Jeremy Franks; and nieces, Tena Howell, Chelsea Franks, Danielle Denman (Cass). He was preceded in death by his mother, Fannie Franks. A private funeral gathering will be held at E.E. Pickle Funeral Home. Burial will follow at Burns Cemetery in Athens Community. Honorary Pallbearers will include Cedric Mitchell, Bryan Mitchell, Jeremy Franks, Doug Sanford, Benjie Barrett, and Josh Pickle. Memories and condolences may be shared with the family at eepicklefuneralhome.com

The family of James "Boo" Franks created this Life Tributes page to make it easy to share your memories.

Send flowers to the Franks family.