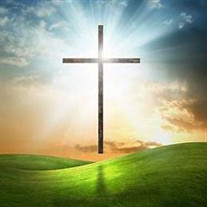 Amory - Halbert W. McAfee, 80, passed away on Tuesday, September 11, 2018 at NMMC, Tupelo. Born on April 27, 1938 in Walnut, he was the son of Ancel and Zoca Campbell McAfee. Halbert started working at the age of 13. He graduated Amory High School with the Class of 1956. After graduation, he began working one night a week at the newspaper in Amory until he moved out to California to lay flooring. He returned home after a few months and worked multiple jobs around the Aberdeen and Columbus area. Mostly, his job consisted of laying down flooring in homes. He traveled across the States to wherever his job took him. He worked all of his life, and near the end of his career he was self-employed. Halbert served in the National Guard after high school. He was passionate about his country and was a proud American. Halbert was a faithful member of Meadowood Baptist Church. His faith guided his life and he passed that trait on to his family. Halbert was a good-hearted, gentle soul who loved people and never met a stranger. He was true to his words and never backed out of a promise. In his free time, he enjoyed watching dirt bike races and NASCAR. He also loved to work on old cars and trucks. His favorite music was Old Country, Gospel, and Bluegrass. One of Halbert’s favorite pastimes were his morning coffee meetings with his buddies at McDonald’s. Halbert enjoyed taking strolls on the beach when he was on vacation. He also had a special buddy named “Houndy” the hound dog. Halbert served the Lord and loved his family. He was a diligent worker and a loyal friend. He will be dearly missed, but his family takes comfort in knowing that he is at rest in Heaven. Halbert is survived by his daughter, Renee Gilmore (William); sister, Kaye Calhoun (Bobby); uncle, Gerald Campbell; niece, Kammie Calhoun Miller (Mike); nephew, Wendell Calhoun; and very special friend, Diane Motes. In addition to his parents, he was preceded in death by his wife, Betty Dixon McAfee; grandchildren, Katie Maria and William Brandon Gilmore. A funeral service will be held for Halbert at 11 A.M. on Friday, September 14, 2018, at E.E. Pickle Funeral Home. Dr. Lloyd Sweatt will lead the service. Burial will follow in Haughton Memorial Park. Pallbearers will include Donnie Irvin, Gabe Irvin, Teddy Beasley, Jamie Tomlin, Zachary Calhoun, and Brendan Calhoun. Honorary pallbearers will be Jackie Palmer, Charles Clements, Jim Morgan, Robert Dykes, Jerry Cantrell, Jerry Jones, Roy Parham, Frank Fenney, Frank Owen, and Roy Randolph. Visitation will be Thursday, September 13, from 5-7 PM at the funeral home. Memories and condolences may be shared with the family at eepicklefuneralhome.com

Amory - Halbert W. McAfee, 80, passed away on Tuesday, September 11, 2018 at NMMC, Tupelo. Born on April 27, 1938 in Walnut, he was the son of Ancel and Zoca Campbell McAfee. Halbert started working at the age of 13. He graduated Amory High... View Obituary & Service Information

The family of Halbert McAfee created this Life Tributes page to make it easy to share your memories.

Send flowers to the McAfee family.