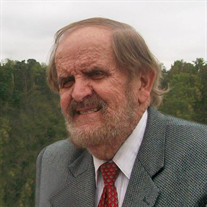 Amory – Guy N. Parker, 76, passed away on Sunday, June 3, 2018, at his residence in Amory. Born on August 2, 1941, in Aberdeen, he was a son of the late Mary Truvette Lockridge and Guy Dell Parker. Guy grew up in a large family and they moved to Illinois when he was young man. He attended Zion Benton High School in Zion, Illinois. His family moved his senior year and he graduated at Amory High school with the class of 1960. On August 17, 1963, he married the love of his life, Wanda Rose Stephens, and they were happily married for over 54 years. Guy worked at Pennsylvania Tire from 1969-1979. He worked in quality control and then later he worked as a Supervisor for Tecumseh. After 21 years of service, in 2007 he retired from Tecumseh. Having a great personality, he was known as “Taco the Tecumseh Clown” to his coworkers. Guy was very intelligent and a member of MENSA International. Along with his family, his faith in God were the most important things to him in his life. He loved the Lord and was a true servant, proud to serve God and his church. He was a member of New Freedom Full Gospel Church in Okolona and he served as their Assistant Pastor. Since 1971, Guy began preaching as his heart led him to tell of God’s grace and love. Throughout his lifetime, he was a member in many churches and he preached the gospel passionately. His original home church was New Hope Baptist Church in Amory. He also was a member of Tupelo Westside Church and Peppertown Friendship Church in Mantachie. Where ever he worshipped, he loved his church family deeply and he gladly served. A loving heart, Guy enjoyed visiting with people especially the sick and shut-ins. He loved working for the Lord and one would often find religious tracts he left on his table in restaurants. He liked to draw cartoon characters onto the tracts to make them extra special for the recipient. Guy enjoyed Gospel music. A patriotic man, he loved his country and had a great respect for those who served. In his free time, he enjoyed life to the fullest. He liked to go fishing, watch movies, reading, going to Scribner Lake, telling stories and playing practical jokes on people. The memories he gave his loved ones and the seeds of faith he left during his lifetime will be cherished for generations. He is survived by his wife, Wanda Rose, Amory; sister, Jackie Davis, Smithville; several nieces and nephews; special nephews, Stephen Davis (Kelly), Austin, TX, Scott Davis (Joy), Fulton, MS. In addition to his parents, he was preceded in death by his siblings, Nancy Parker, Tommy Parker, Lavonttee Parker, Frances Oliver, and Clara Hurley. His Funeral Service will be held at 2 PM, Friday, June 8, 2018 at E. E. Pickle Funeral Home, Amory, with Bro. Randy Parchman officiating. Burial will be in Masonic Cemetery. Pallbearers will be Robert Walls, Robbie Walls, William Warren, Sam Warren, Dennis Thompson, and Scott Davis. Honorary pallbearer will be Stephen Davis. Visitation will be from 5-8 PM, Thursday, June 7, 2018, at the funeral home. Memorials can be given to a charity of choice, St. Jude Childrens’ Research Hospital, 501 St. Jude Place, Memphis, TN or American Cancer Society, PO Box 22478, Oklahoma City, OK, 73123. Memories and condolences may be shared with his family at EEPickeFuneralHome.com.

The family of Guy Parker created this Life Tributes page to make it easy to share your memories.

Send flowers to the Parker family.