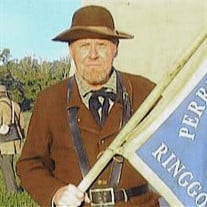 Cleveland, GA – Freddie Jerald Howell, Jr., 75, passed away on Saturday, August 25, 2018, at Grady Memorial Hospital in Atlanta, GA. Born on July 25, 1945, in Amory, he was a son of the late Dorothy Herren Howell and Freddie Howell, Sr. Freddie graduated from Amory High School. He continued his education at ICC where he received an Associate’s Degree. During a large part of his career, he worked for Macy’s Department Stores. Later in life, he was employed by Cabin Creek Log Creations where he built furniture. Freddie was Baptist and his family takes comfort in knowing he was saved. He was a loving and kindhearted man. His family meant the world to him and he loved them dearly. Freddie was blessed with three children during his lifetime. For 49 years, he was married to his loving wife, Ruby Howell. Some of his close friends were his High School Classmates, his work family, and Rodney Seabolt, and Trey Smith. His close friends would describe Freddie as a “fine man”. He also cherished his furry four legged family members as well. An avid history buff, Freddie was a very active Civil War Reenactor. He took great pride in participating in events throughout the southeast and formed some wonderful friendships through the years. In his other free-time, he enjoyed activities outside. He especially liked to go running, hiking, fishing, mining for gold, and woodworking. The memories he left his family and friends will be cherished forever. Freddie is survived by his wife, Ruby; daughter, Cindy Howell Davis, Chattanooga; sons, Danny Howell, Tuscaloosa, John Howell (Melissa Brooks), Cleveland; sister, Wanda Howell; brother, Randy Howell; grandchildren, Ashli, D.J. and Caitlin Howell; Trenton Turner; great-grandchild, Ayden Lowry; niece, Nicole Ball; nephews, Nathan Howell and Cliff Barnett. Freddie was preceded in death by his parents. A Graveside service will be held at 2 PM, Saturday, September 1, 2018, at Howell Cemetery, Athens, Mississippi with Bro. Danny Burks officiating. Pallbearers will include John Howell, Danny Howell, D.J. Howell, Randy Howell, Cliff Barnett, Nathan Howell, Aubrey Bigham, and Stanley Bigham. Honorary Pallbearers will be all who knew and loved Freddie Howell Jr. Visitation will be from 12-1:30 PM Saturday, September 1, at E.E. Pickle Funeral Home in Amory. Memories and condolences may be shared with the family at eepicklefuneralhome.com Memories and condolences may be shared with his family at EEPickleFuneralHome.com.

The family of Freddie J. Howell Jr. created this Life Tributes page to make it easy to share your memories.