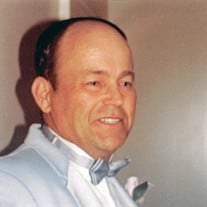 Amory – Floyd Scott “Sonny” Reeves, Jr., passed on April 9, 2017, at Diversicare Nursing Center, Amory. Born on December 2, 1938, in West Helena, Arkansas, he was the son of the late Floyd Scott Reeves, Sr. and Christine Brister Reeves. Sonny graduated from Amory High School and later attended Ole Miss. He married the love of his life, Mary Etta Knight on April 5, 1958. They were happily married for over 59 years and they were blessed with three children. Sonny served our country in the National Guard for 31 years as a fulltime guardsman and he fought in Operation Desert Storm. With a passion to serve and protect people, he later worked for the MS Highway Patrol for nine years. He was detailed orientated and his last career was as a self-employed painter. Sonny loved God and his family dearly. He was a great provider and he was very unselfish. He loved to spoil his grandchildren. Sonny was a very giving and caring man to all. He was longtime member of Becker Baptist Church. He faithfully served as a Deacon and a Sunday School Teacher. He enjoyed Gospel music and cooking for family. An active man, Sonny was also a Mason, a member of the Civitan Club, and he was a Ham Radio Operator. In his free time, he was always doing for others, whether it was family or friends. The love and memories he gave his family and friends will be cherished forever. He is survived by his wife of 59 years, Mary Etta Reeves, Amory; daughter, Susan Smith, Nettleton; sons, Scott Reeves (Darnell), Amory, and Steven Reeves (Jennifer), Amory; grandchildren, Shayne, Chris, Grace and Audrey; great-grandchild, Toby; sisters, Clara Donalson and Cathy Stanley (Oliver); brothers, William “Red” Reeves (Sherry), George Reeves (Joyce), Danny Reeves, and Ray Reeves (Letitia); several nieces and nephews; numerous special friends. In addition to his parents, he was preceded in death by a brother, Edwin Reeves. His Funeral Service will be at 4:30 PM, Tuesday, April 11, 2017, at E. E. Pickle Funeral Home, Amory, with Bro. Randy Spencer officiating. Burial will follow in Masonic Cemetery. Pallbearers will be Ray Reeves, William “Red” Reeves, George “Doc” Reeves, Bobby White, Bill McDaniel and Chris Reeves. Honorary Pallbearers will be Danny Reeves, Todd Stanley, and the Men of Becker Baptist Church. Visitation will be from 2:15-4:15 PM, Tuesday, April 11, 2017, at the funeral home. Memorials may be given to Becker Baptist Church, 52200 Highway 25 South, Becker, MS 38825. Memories and condolences may be shared with his family at EEPickleFuneralHome.com.

The family of Floyd Scott "Sonny" Reeves, Jr. created this Life Tributes page to make it easy to share your memories.