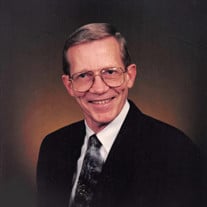 Smithville— First Sergeant E-8 Chester M. Avery, US Army Ret., 81, returned to his heavenly home on Wednesday, September 26, 2018. He was born on May 19, 1937 in Hamilton, AL to Rev. E.C. and Bertha Avery. Chester graduated from Hamilton High School in Alabama with the Class of 1955. He enlisted in the Army National Guard for two years, then transferred to the U.S. Army where he served for 22 years including a tour of duty in Vietnam. He retired in 1980 as a 1st Sergeant E-8. One of his tours of military duty lead him through England where he met the woman he would later marry. He married Jennie Ellen Coleman in 1961 and together they raised a beautiful family until her passing in 1998. After his service, he attended the University of Mississippi. Chester also worked as a supervisor for Central Sterile Processing at NMMC in Tupelo from 1982 to 2000. Chester was an active member of St. Helen’s Catholic Church in Amory, where he served as a Chairman for the Financial Committee and member of the Parish Counsel. He was very passionate about giving to charities and helping others in need. In his free time, Chester collected stamps and coins. He also enjoyed painting and swimming at the wellness center. His devotion to his family and his unwavering faith in God guided him throughout his life. He is dearly missed by his loved ones, who celebrate that he is at peace with his Creator. Chester is survived by his daughter, Sandy Avery Box (Tony), Tupelo; son, Jeff Avery (Ilene), Amory; grandchildren, Hannah Avery Sumerford (Ben), Emma Avery, Mallory Jane Box, Peyton Avery; great-grandchildren, Jennie Grace and Jack Sumerford; sisters, Lyndol Joyce Driver (Vertis), Muscle Shoals, AL and Marie Bishop (Wayne), Hackelburg; and a host of nieces and nephews. In addition to his parents, he was preceded in death by his wife, Jennie Ellen Coleman Avery; sisters, Wilma Faye McCarley, Ila Mae Clements, Frances Jay Hollis,Eanon Raye Thurman; brother, William Frank Avery; and special childhood friend, Joel Tyce. A funeral service will be held at E.E. Pickle Funeral Home in Amory on Friday, September 28, 2018. Father Tim Murphy will begin leading the service at 3PM. Burial with Full Military Honors will follow at Haughton Memorial Park. Pallbearers will be Kenny Avery, Jimmy Avery, Dennis Sullens, Tony Box, Ben Sumerford, and Peyton Avery. Teddy Sullens will serve as an honorary pallbearer. Visitation will be from 1:30PM until the service hour. In lieu of flowers, donations may be made to St. Helen’s Catholic Church, 401 8th Ave S, Amory, MS 38821 Memories and condolences may be shared with the family at eepicklefuneralhome.com

The family of First Sergeant E-8, Chester Miles Avery, US Army, Ret. created this Life Tributes page to make it easy to share your memories.

Send flowers to the Avery, US Army, Ret. family.