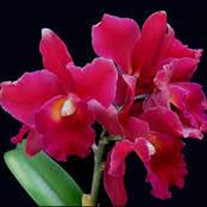 Amory—Faye Brown Windham, 87, passed away on Wednesday, February 5, 2020 at Diversicare Nursing Center in Amory. Born in Arkansas, she was the daughter of Wiley Monroe and Ettie Mae Stephenson Brown. Faye was a spit-fire, outspoken southern lady. For most of her life, she worked as a seamstress at various garment factories, including Detroit Slacks in Alabama. She was a woman of great faith and a member of the Church of Christ in Detroit, AL. In her free time, Faye loved planting flowers in her garden. She was a country woman and she always fondly remembered her chickens on her farm. Faye will be dearly missed by her loved ones, but the memories with her family will live on forever. Faye is survived by her daughters, Wanda Roby, Robin Windham; grandchildren, Shane Roby, Prince Roby, Levi Windham, Misty Windham Stevens, Shannon Windham Hathcock, Robbie Windham Carroll, Dusty Windham; great-grandchildren, Dykohta Windham, Sabrina Windham, Orenza Windham, Knealon Windham, Alahna Windham, Aron Roby, Maddison Roby, Derrick Hayes; brother, Ronnie Brown; and a host of nieces and nephews. In addition to her parents, she was preceded in death by her sons, Victor Eugene Windham, Edward Monroe Windham, Timothy Paul Windham; and great-grandson, Gavin Alexander Roby. Ms. Faye requested that no funeral services be scheduled. She will be laid to rest at a later date. Memories and condolences may be shared with the family at eepicklefuneralhome.com

Amory&#8212;Faye Brown Windham, 87, passed away on Wednesday, February 5, 2020 at Diversicare Nursing Center in Amory. Born in Arkansas, she was the daughter of Wiley Monroe and Ettie Mae Stephenson Brown. Faye was a spit-fire, outspoken southern... View Obituary & Service Information

The family of Faye Windham created this Life Tributes page to make it easy to share your memories.

Send flowers to the Windham family.