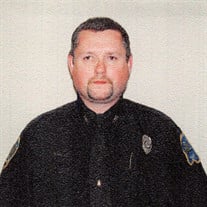 Ed Smith Amory – Elbert Edward Smith, 55, started his new life in Heaven on Friday, August 28, 2020. Born in Clarksdale, MS, he was the son of the late William Thomas and Dorothy Evans Smith. Ed obtained his GED and furthered his education by attending ICC and getting a Computer Technology Associated Degree. He also got a Criminal Justice Associates Degree from North West Community College. Ed was in the process of taking Forensic Science classes at Ole Miss where he was currently on the Dean’s list. He worked serving and protecting the public for many years. He worked at Friar’s Point Police Dept., Cohoma Sheriff’s Dept., Lee County Sheriff’s Dept., Aberdeen Police Dept. and West Point Police Dept. An excellent shot, at one point he had won a Sharp Shooter Award. Ed also worked at Burchwood Manufacturing as well as Fed Reserve. Ed was outspoken yet compassionate towards others going through hard times. A Christian, his faith meant a lot to him and he was a member of Trace Road Baptist Church, Amory, MS. He married Sylvia Smith on January 8, 1989 and together they were blessed with two daughters. He loved his children and grandchildren, and often times he enjoyed just being around them. Ed was always looking out for those who couldn’t help themselves, especially the elderly, children, and animals. Music made him smile and he especially liked the Blues. He was a member of the NRA, loved being outdoors, fishing, and hunting. A talented man, he was a member of the Woodworkers Guild of America and he loved creating things with wood. His family and friends are saddened with his passing yet they know that he is healed and with his Savior. He is survived by his wife, Sylvia Alexander Smith, Amory, daughters, Jessica Smith, Amory, Jennifer Smith Armstrong, Byram, MS; grandchildren, Elijah Dumas, Kai Dumas, Devina Thomas, Kolten Armstrong, and Lynlee Armstrong; sisters, Katrina Smith, Tracy McCuller, and Christina Smith; brother, Billy Smith; nieces and nephews, Marlan, Stacey, Jeremy, Mitchell, Shana, Mac, Luke and Jenny; special friends, Robbie Kendrick and Tony Tillman. In addition to his parents, he was preceded in death by his grandparents, Mitchell and ANnabelle Knight; Cullen and William Mae Smith; best friend, Michael “Dallas” Swindle; and his niece, Delana Smith. A private family Memorial Service will be held at a later date. Memories and condolences may be shared with his family at EEPickleFuneralHome.com.

Ed Smith Amory &#8211; Elbert Edward Smith, 55, started his new life in Heaven on Friday, August 28, 2020. Born in Clarksdale, MS, he was the son of the late William Thomas and Dorothy Evans Smith. Ed obtained his GED and furthered his... View Obituary & Service Information

The family of Elbert Edward Smith created this Life Tributes page to make it easy to share your memories.

Send flowers to the Smith family.